A previously unheard of childfree weekend in London…what should I do? No, seriously, WHAT SHOULD I DO? The trouble with London is that there is SO much going on, it’s difficult to narrow it down.

Time to call in the expert. And Catherine (of Catherine’s Cultural Wednesdays) gave my friend Emma and I what turned out to be the perfect suggestion – head to The Wallace Collection for the (free) Manolo Blahnik Exhibition.

Like many other people, my knowledge of Manolo comes from the TV Show Sex And The City. I was in my early 20s at the time it was first on and while shoes and bags had largely passed me by in favour of books, Carrie and her stylish friends made me at least want to covet the heels – especially, as she pointed out, it was about much more than a pair of beautiful shoes.

Anyway, the chance to see some of his work in such an impressive setting was just what we were looking for (thank you, Catherine).

It’s easy to see why The Wallace Collection, described as “an intimate treasure house of artistic excellence spanning over 800 years”, is Catherine’s favourite museum not just in London but the world. Tucked behind Selfridges, it is far less crowded than other museums – even on a Saturday – and you barely get through the front doors before you get hit with the wow factor. 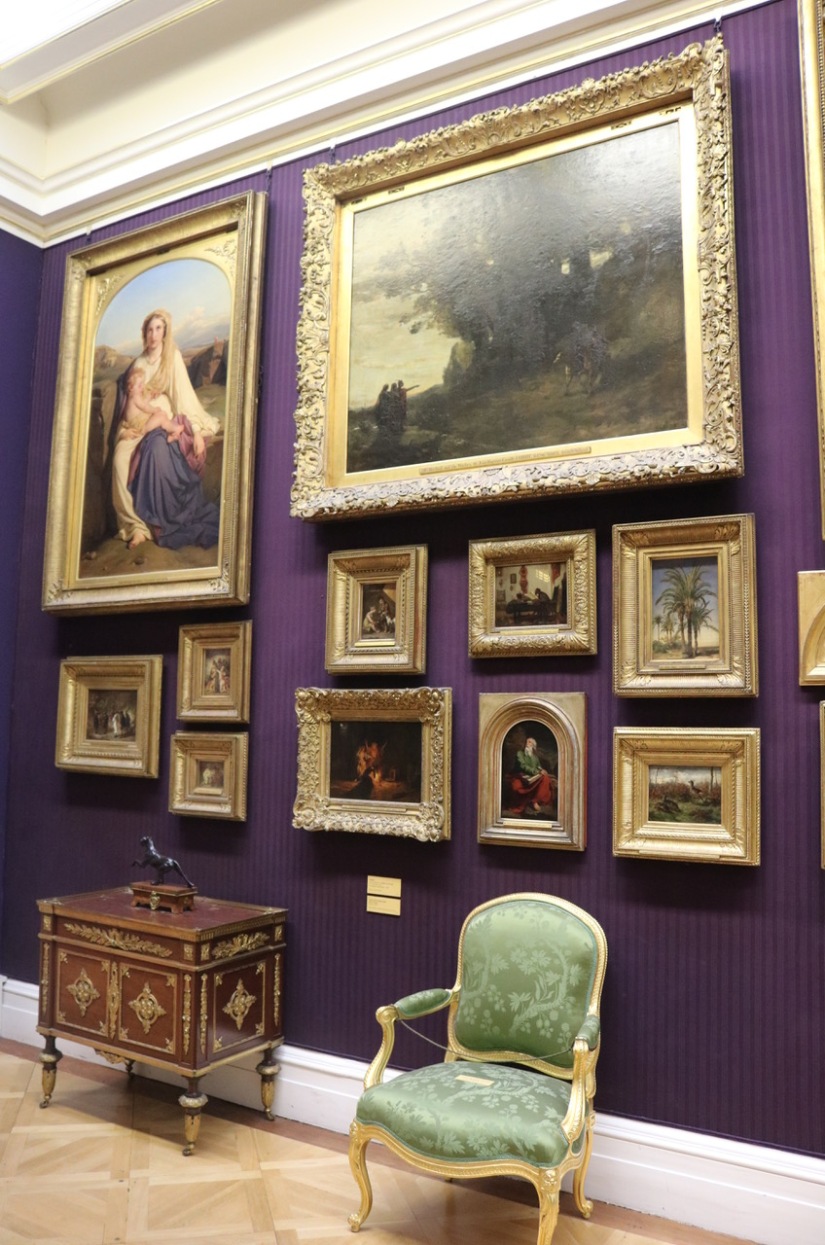 Like Catherine, Manolo Blahnik is also a fan of the museum and has drawn much inspiration from the collection over the years. It’s not until you see the shoes displayed in the rooms (and read the exhibition guide) that you realise just how much. 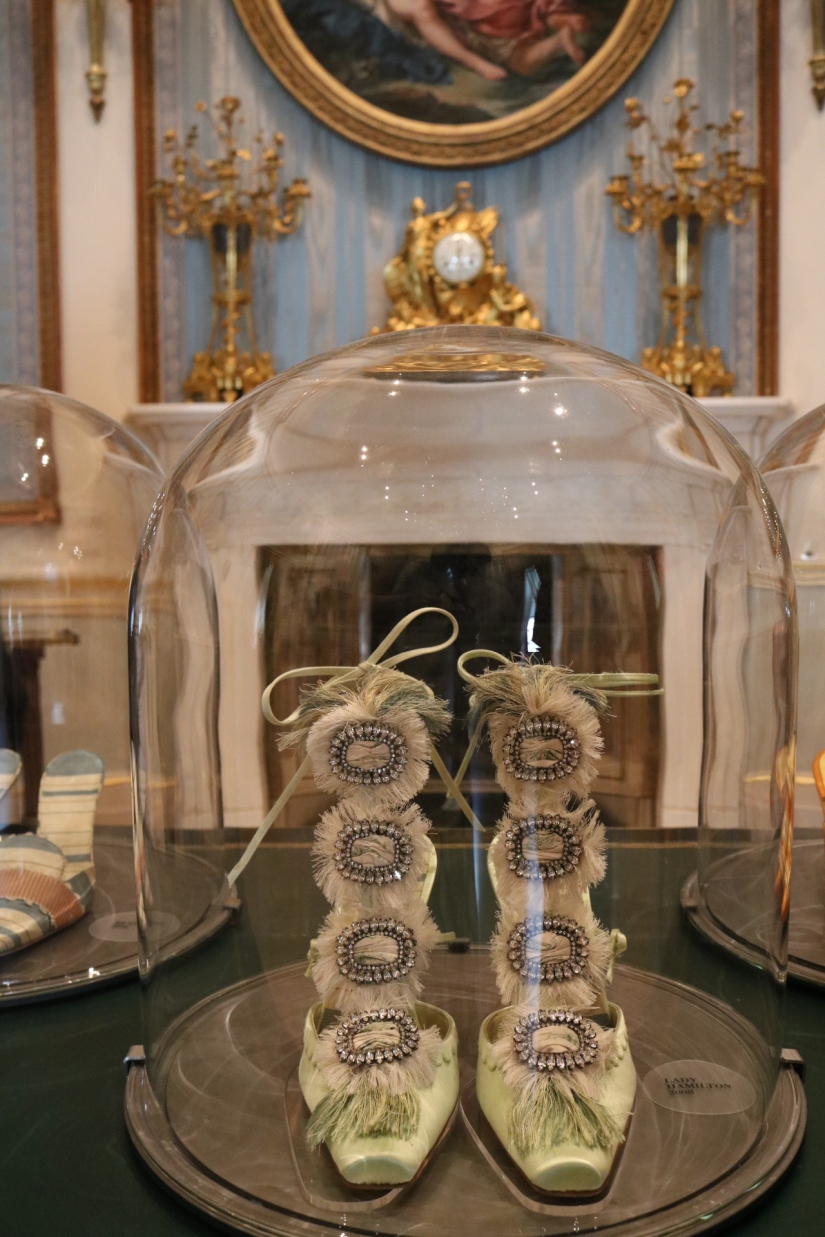 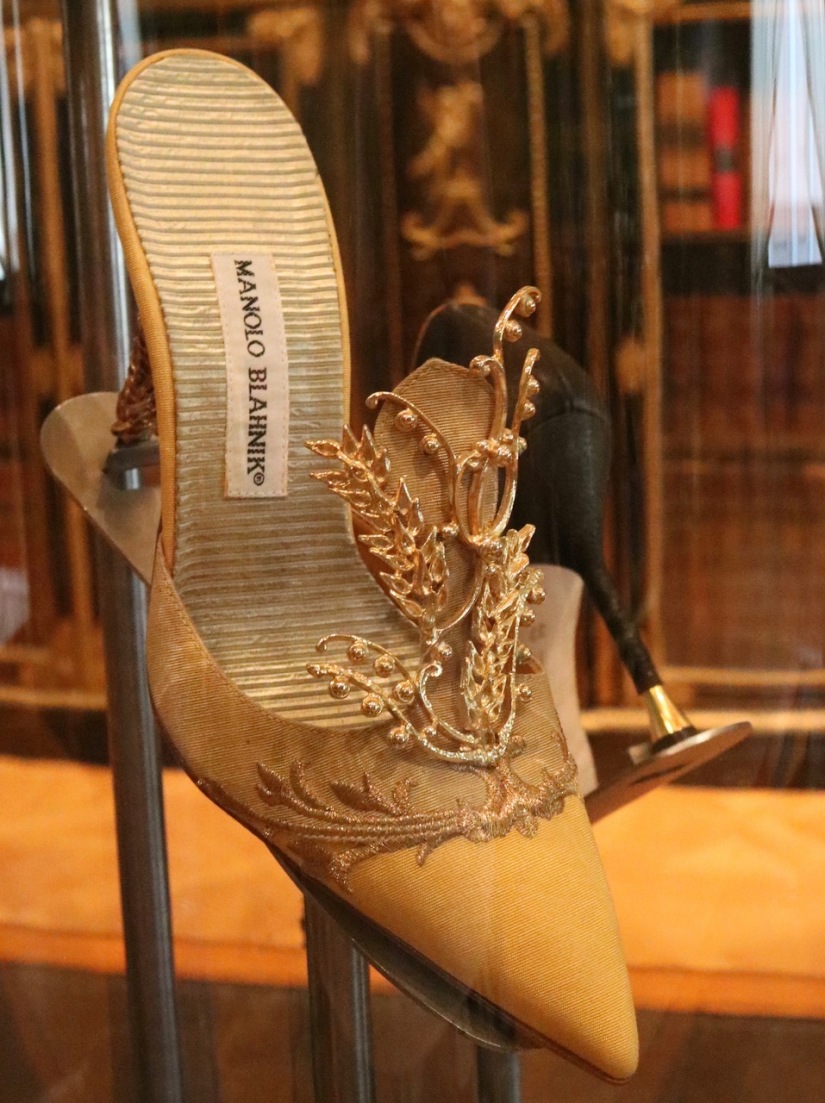 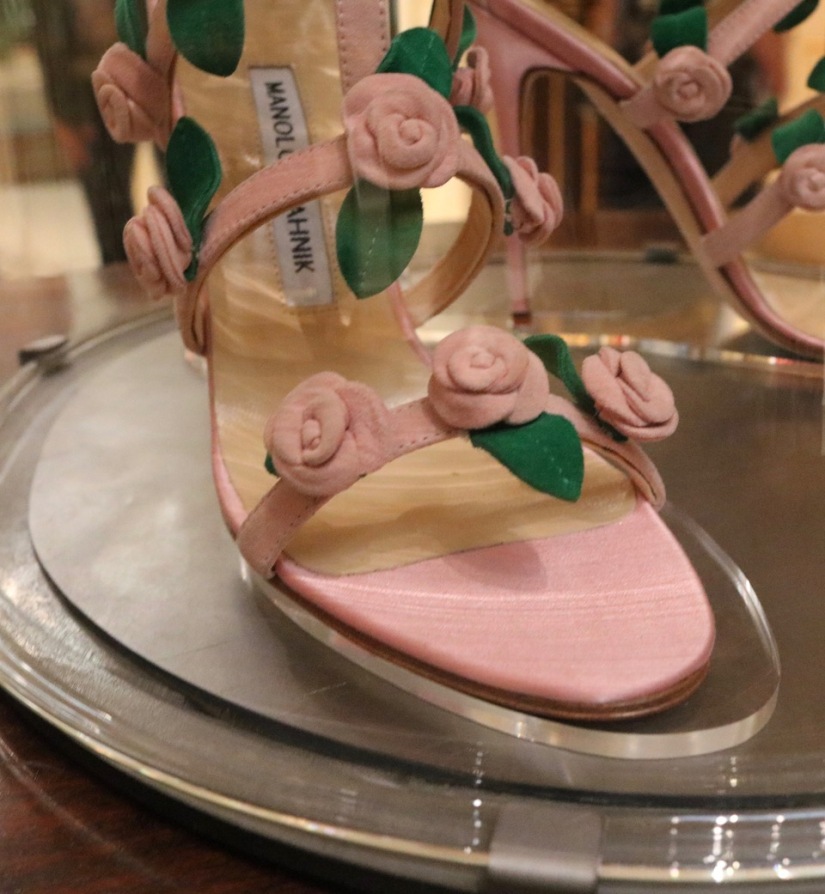 I’ve been to a lot of exhibitions but this is one of the most beautifully curated I have seen – showing off not only the shoes but the rooms and objects within them so that they bounce off one another. It was hard to know where to look first but the fact that it wasn’t very busy meant there was no rush to move on.

Walking around it was a bit like being at a fireworks display with lots of “ooohs” and “aaahs” as new shoes were spotted in different rooms. This is my favourite pair.

I thought they were black at first, then midnight blue but as you move round the colour changes to a sumptuous purple.

The museum and exhibition are free to visit (although donations are welcome). It’s been extended until October 27th. For more information about the museum click here. 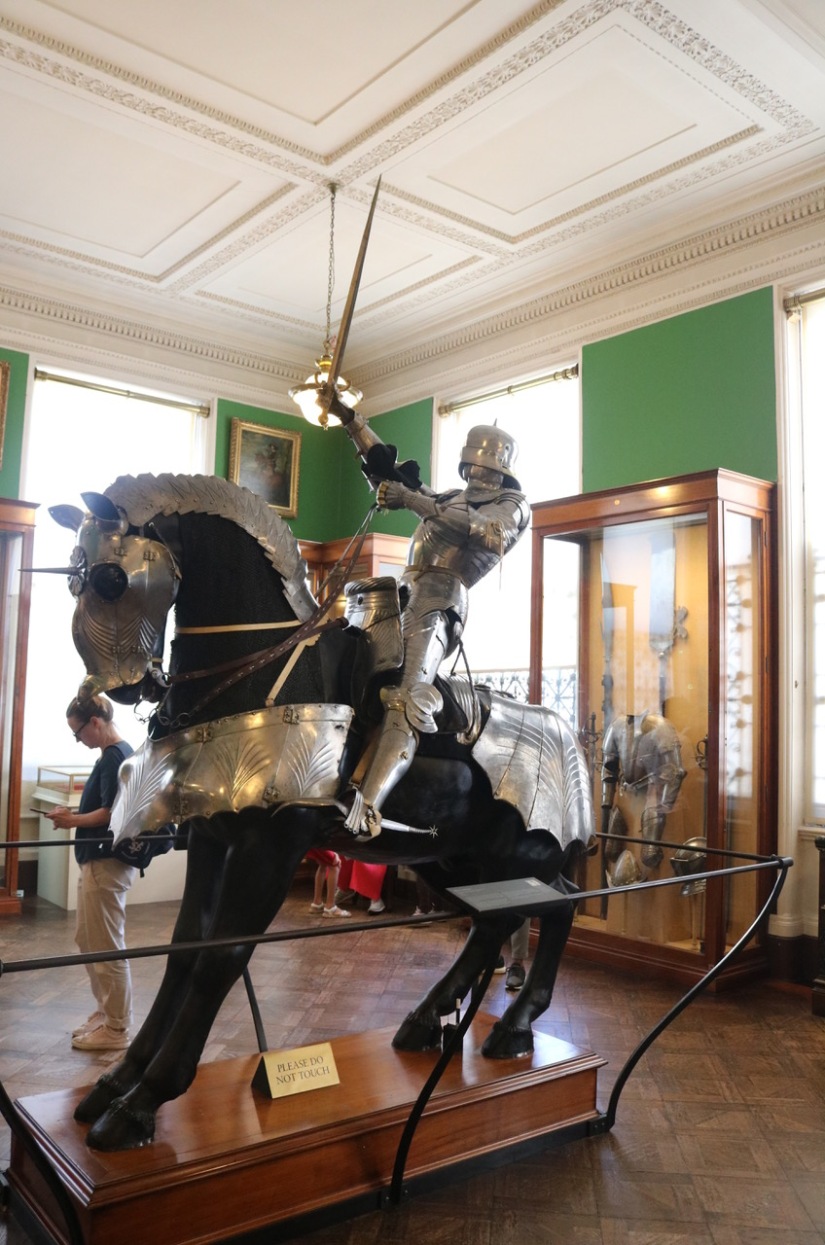 12 thoughts on “An Enquiring Mind: Manolo Blahnik at The Wallace Collection.”