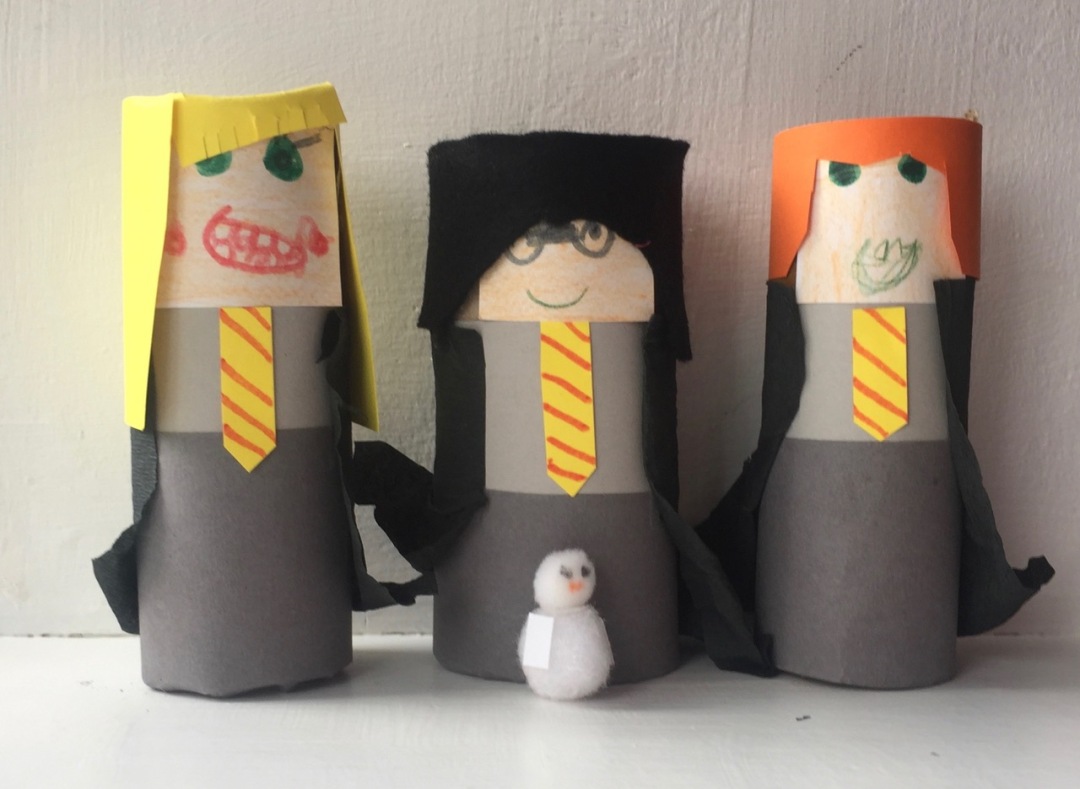 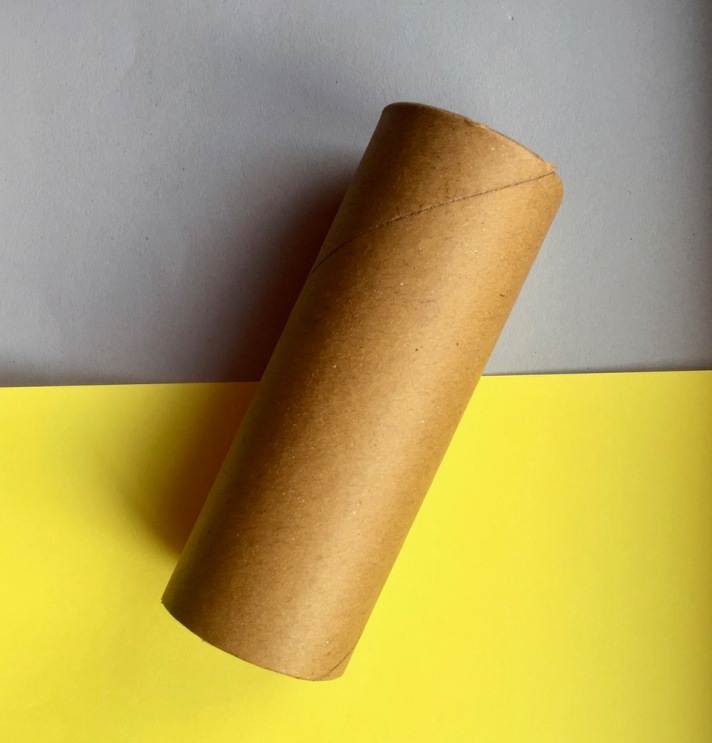 It was the first thing Freya said to me the other morning, before I had even opened my eyes. Gah! Is this a Father Christmas scenario where I let her believe until she doesn’t? Or do I crush her dreams of heading off to Hogwarts now? I just mumbled something unintelligible (it was 5.03am) and left that decision for another day.

Thanks to Mark, Freya is now obsessed with Harry Potter. He assured me she was old enough to watch the first film at Christmas. As I haven’t read any of the books or sat through any of the films in their entirety, I had to take his word for it. Freya loved it and is constantly asking questions about Harry and his friends – none of which I can answer.

What I can do, though, is come up with crafts for when she’s home sick from school. She has a mouth full of ulcers, poor thing, and a horrible cold but, as always, she’s still quite jolly and not at all keen on just laying on the sofa.

Here’s what we used:

Here’s how we did it: 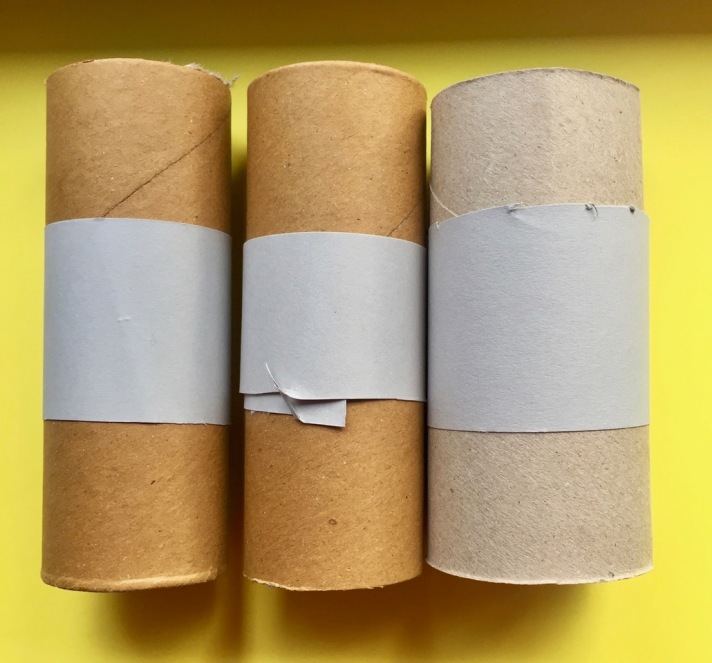 Freya cut the card for their jumpers into strips and then did the same for the trousers. We stuck them on using double sided tape. 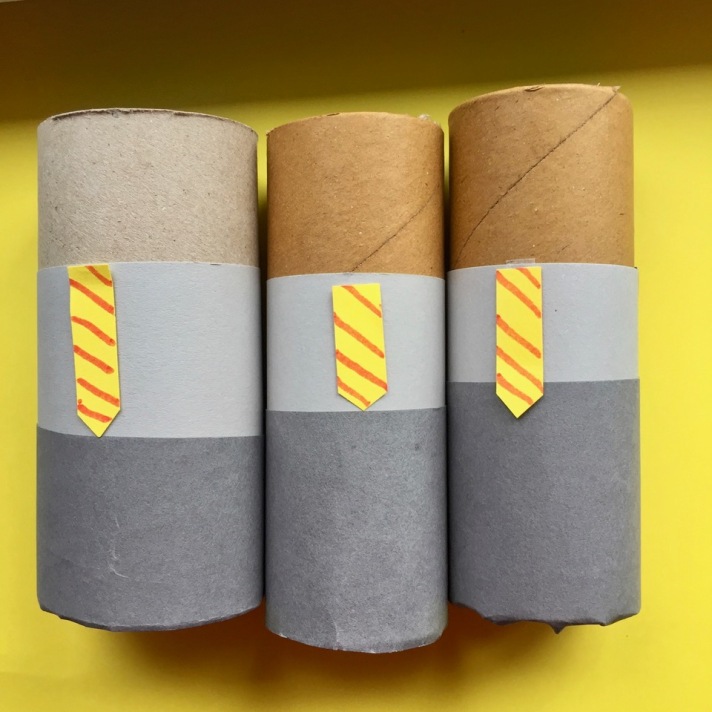 We made them some school ties from yellow card and then cloaks from crepe paper. I then got a bit stuck about what to do for their faces. I decided, to make it easier for me and her, to do simple squares. While I was cutting those out I got Freya to draw Harry’s face. 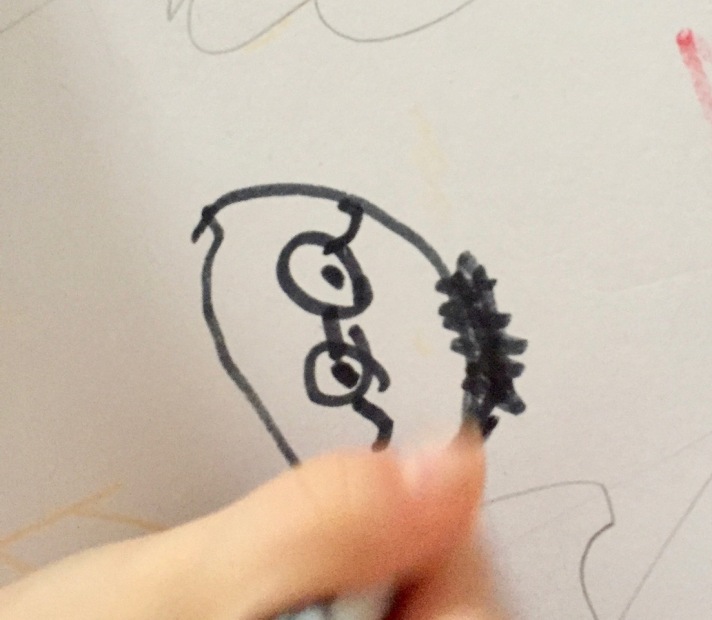 I have to say, I was impressed. 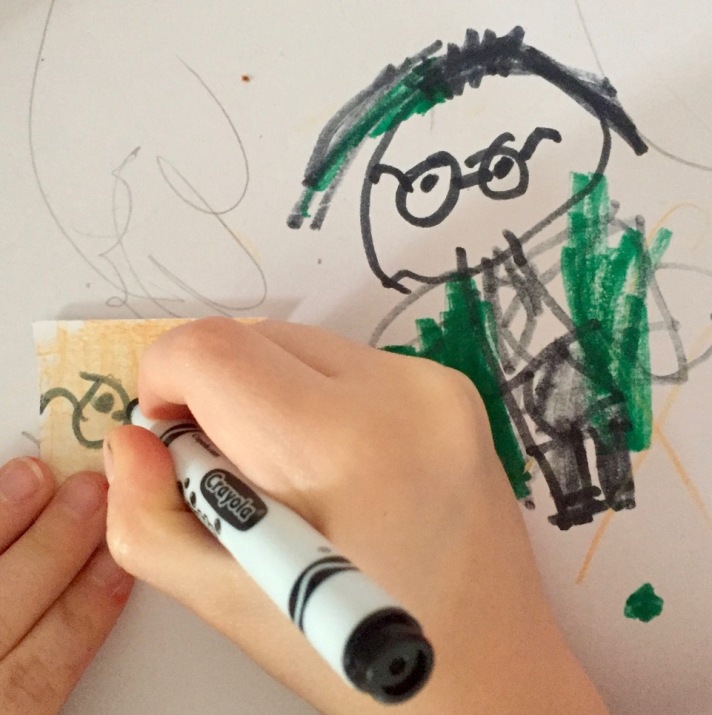 The next problem was their hair. I wanted to make it out of wool but we only had red so I went for card for Ron and Hermione and found a small piece of felt for Harry. Freya had drawn on his wizard mark thingie but his hair covered it (oops). 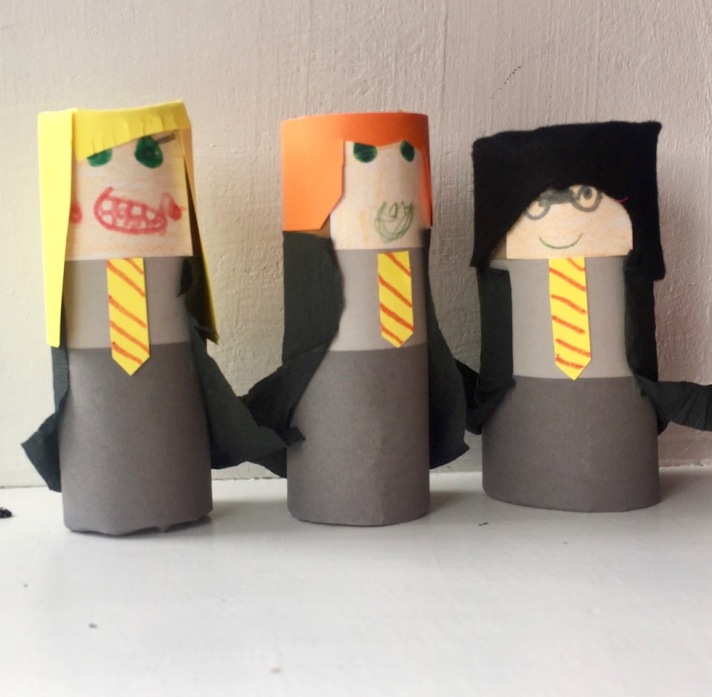 “We need Hedwig,” Freya said. Thinking he was that giant fella, I started hunting about for another toilet but then she explained he was an owl (hopefully I can read the books with her when she’s older and I’ll know all this). Two white pom poms later and we were done.

I know they look a bit #pinterestfail but she is absolutely thrilled with them. If she carries on playing with them, I might consider redoing their hair with wool.

Once again I was pleased that I was too lazy to take our recycling down to the main bin. Toilet rolls FTW.

Here are some of our other toilet roll crafts: