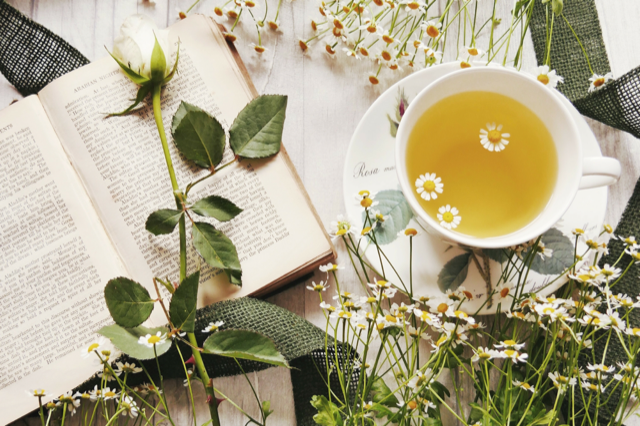 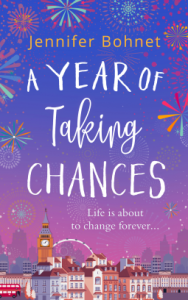 Short, snappy chapters keep A Year Of Taking Chances moving along like the Eurostar whizzing its way into France, where some of this book is set.

This is Jennifer Bohnet’s 12th novel (yes, 12th!) but, surprisingly, it’s the first time I’ve read any of her work.

It’s a warm and uplifting story about two friends, Tina and Jodie, who discover that dreams can come true – although you still have to work at them.

Life is about to change forever…

When best friends, Tina and Jodie, make a drunken New Year’s Eve vow to change their lives before they hit the big 3 – 0, neither expected to end the year with much more than another hangover…

Twelve months later, Jodie is married and living in Provence – and Tina is exactly where she was a year ago (although now her rent is double). Tina can’t help but feel a little bit left behind, but as Jodie reminds her, she’s not thirty yet, there’s still time to quit her job, start her own literary agency and sign the man of her dreams!

I generally really like books where the main characters are in the panic stage of the count down to 30 – I vaguely remember it myself – but this one didn’t quite gel for me.

While I enjoyed the story and the way it was written I didn’t connect with Tina or Jodie on more than a surface level. Having said that, there were elements of it that I really liked, such as finding out more about life in France (and, as the author lives there, she clearly knows her stuff). There’s also a third character, Maisie, who I would have liked to have seen more of.

I know it’s proving popular with other reviewers, so I’d say give it a go and make your own mind up. In fact, I’d be pleased to hear what you think.

My rating: Three and a half stars.

Thank you to HQ Digital (via NetGalley) for the ARC in return for an honest review.

2 thoughts on “Book Review: A Year Of Taking Chances.”