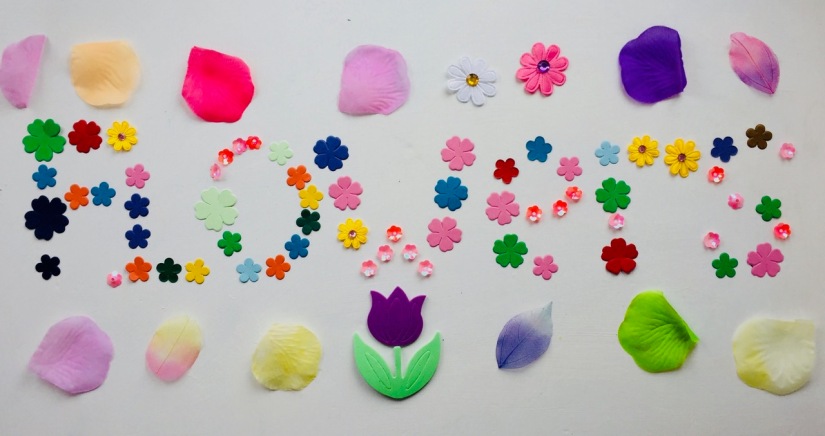 While April showers are supposed to bring May flowers – and we’ve certainly had a wet start to the month in Norfolk – we couldn’t wait that long so we’ve made our own.

It was actually a very happy coincidence that ‘flowers’ was the theme of this month’s Bostik Blogger craft box because Mark’s hay fever has flared already so I’ve had to re-home my beautiful Mother’s Day hyacinth, which was adding to his misery.

A quick Pinterest search revealed lots of different paper flowers to make of varying difficulties so we did some test runs and picked the best three. 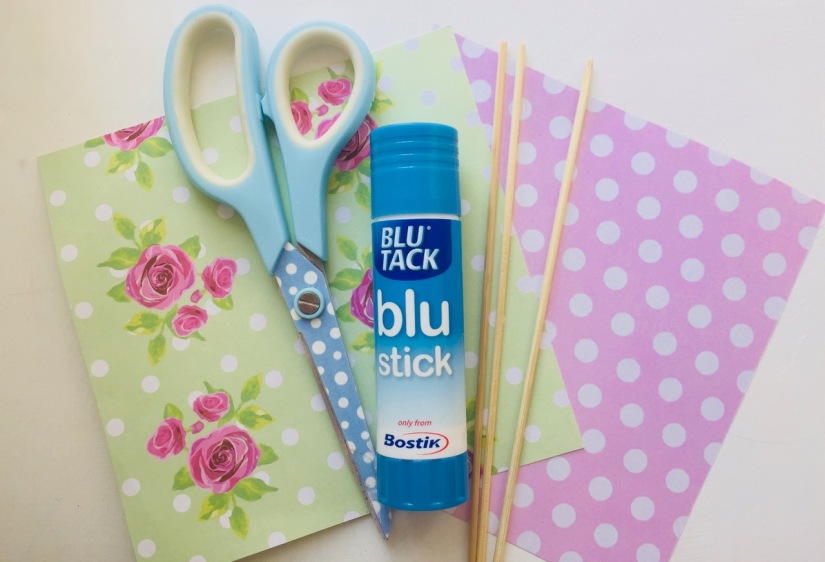 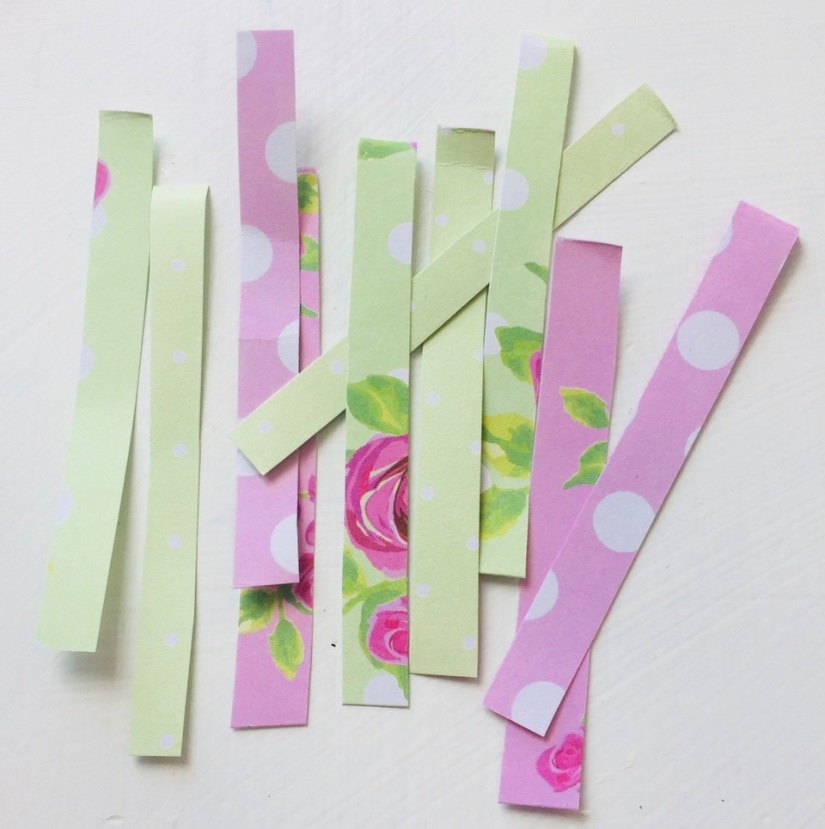 We cut the card into thin strips. 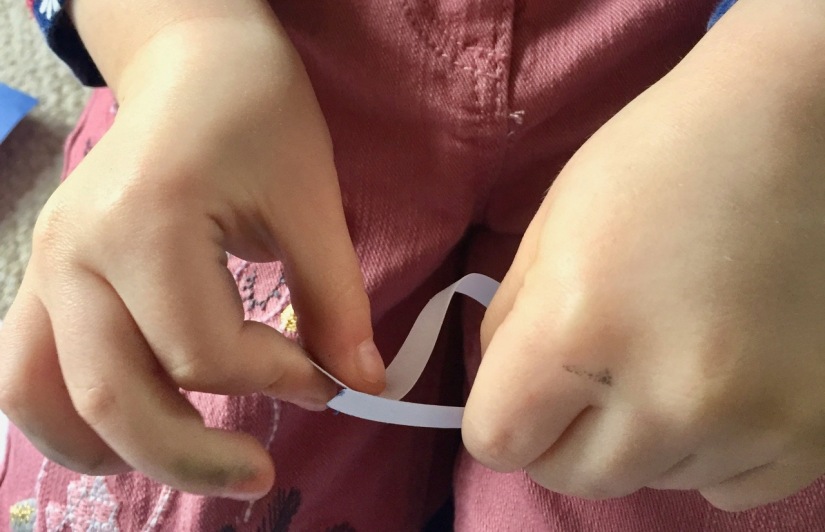 Freya popped some glue at one end of a strip and then attached the other end to it to make a petal. While the glue is blue to help you see where you’ve pasted, it magically dries white (this blew our minds). 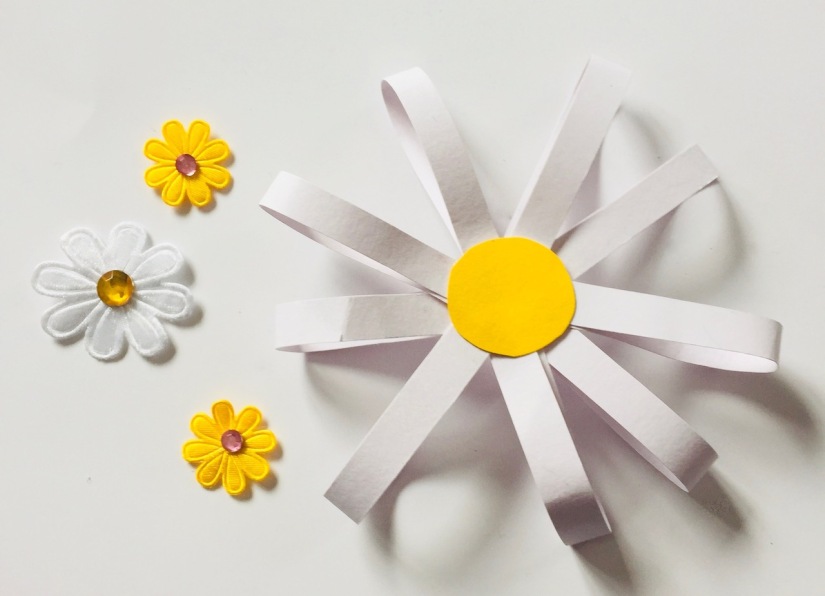 We cut out a circle (and also used a flower shape for another of the daisies) to stick the petals to. We tried this with the glue stick but found glu dots held better. 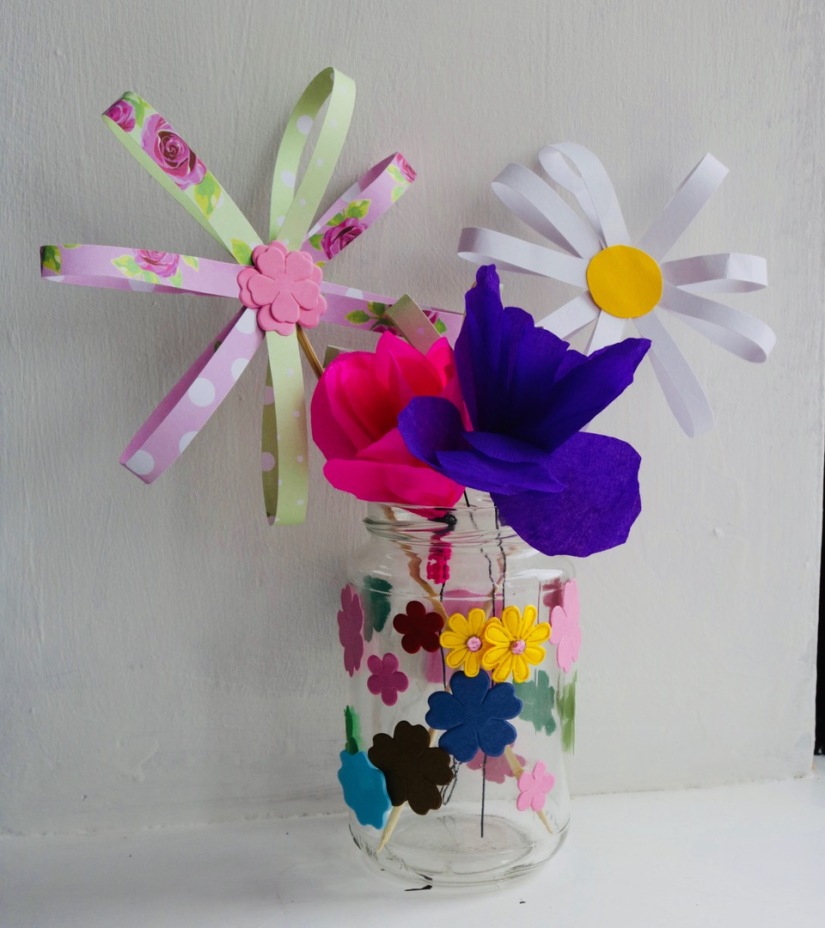 I attached it to a chopstick with a glu dot (as it was a bit fiddly) while Freya decorated a jam jar to keep them in. 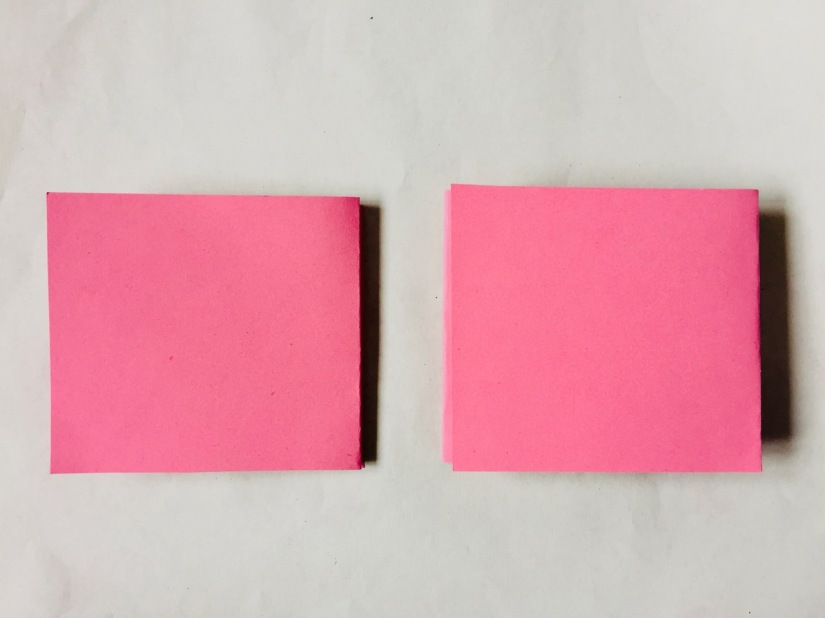 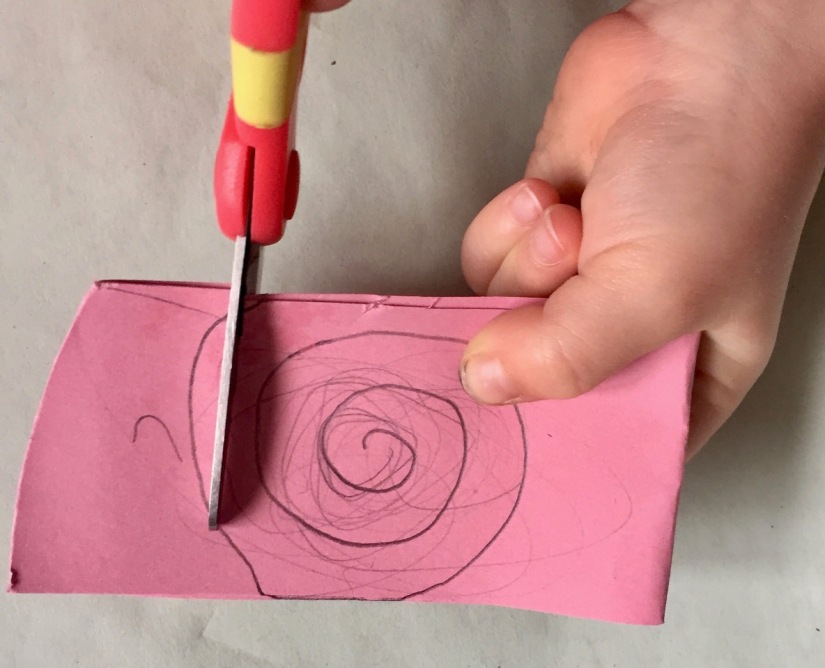 Freya really enjoyed this bit. I drew a swirly pattern on the card (she had a go too) and then she cut it out. The joy of it is, it doesn’t matter if you don’t stick to the lines because it makes it look more petal-like. 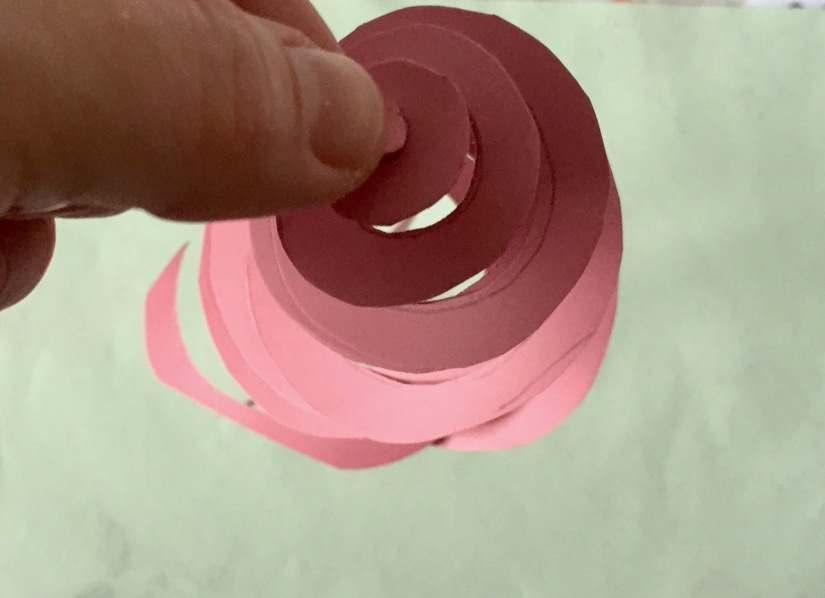 I then rolled the card into a fairly tight ball. 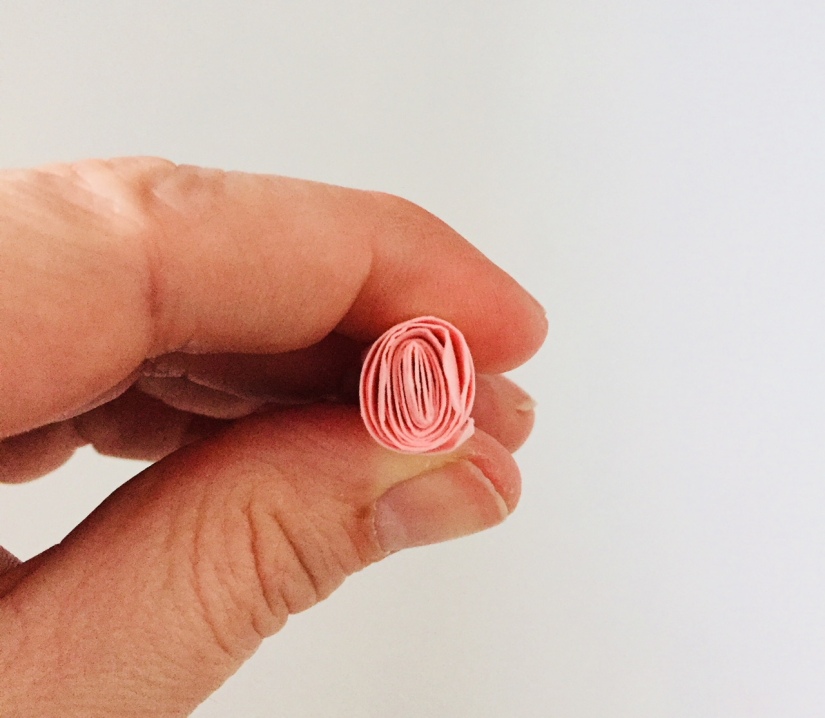 I used a tape disc to hold it together and then attached some wire for the stem (the bud was tight enough that it stayed on the wire without anything to stick it). 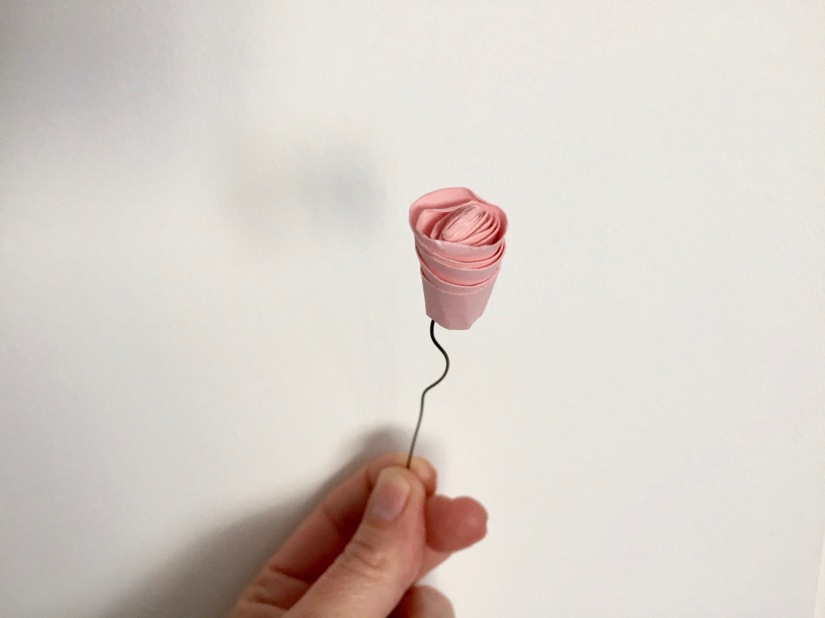 I loved making the daisies and the simple rose buds with Freya but, while she was at school, I had a go at making some slightly more complicated roses – and fell in love.

Green tape (I had some florists tape so used that). 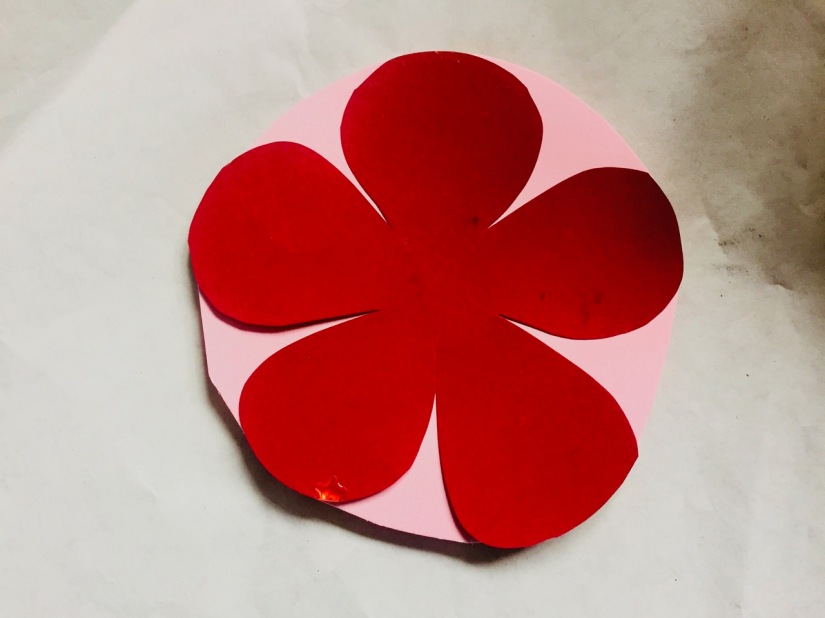 Using a scrap piece of card, I roughly drew a flower shape like this. This is about 11cms wide. 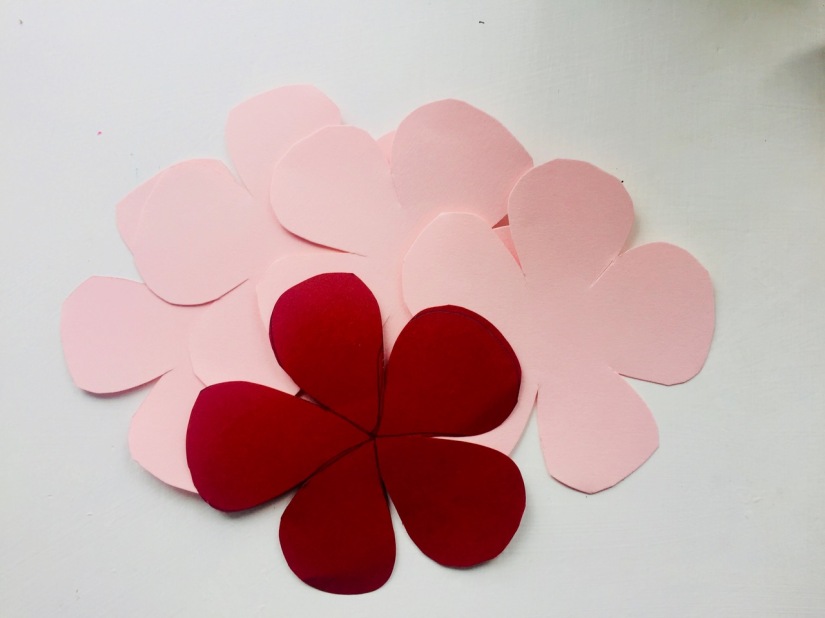 I stacked four pieces of card and cut around the shape. It doesn’t have to be exact. 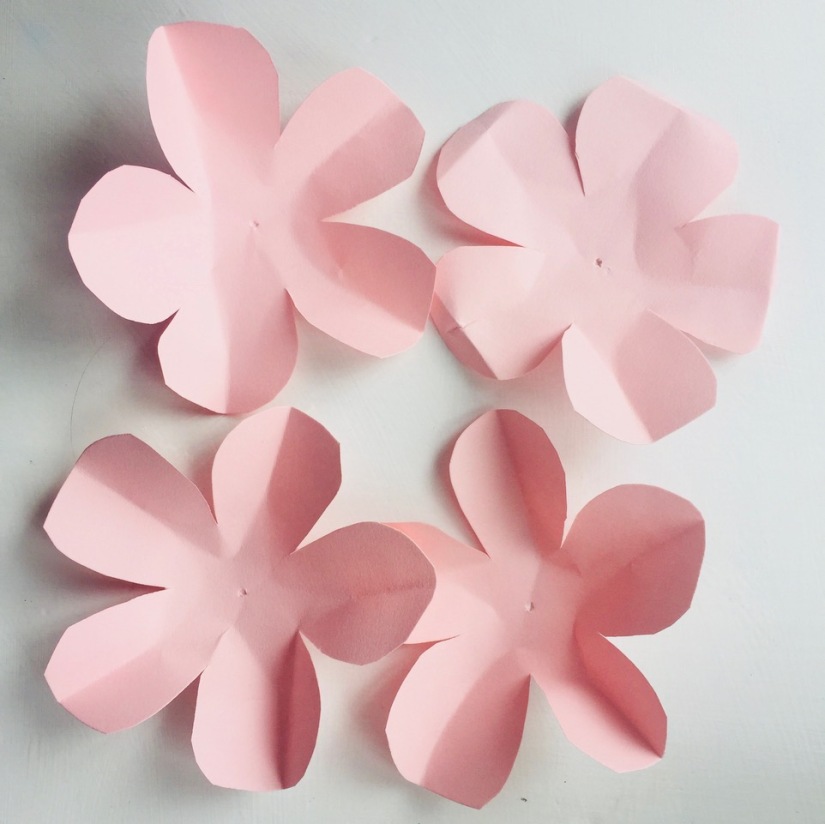 I poked a small hole in the middle of each card. I then folded each petal, as above, and bent the odd petal at the top too. 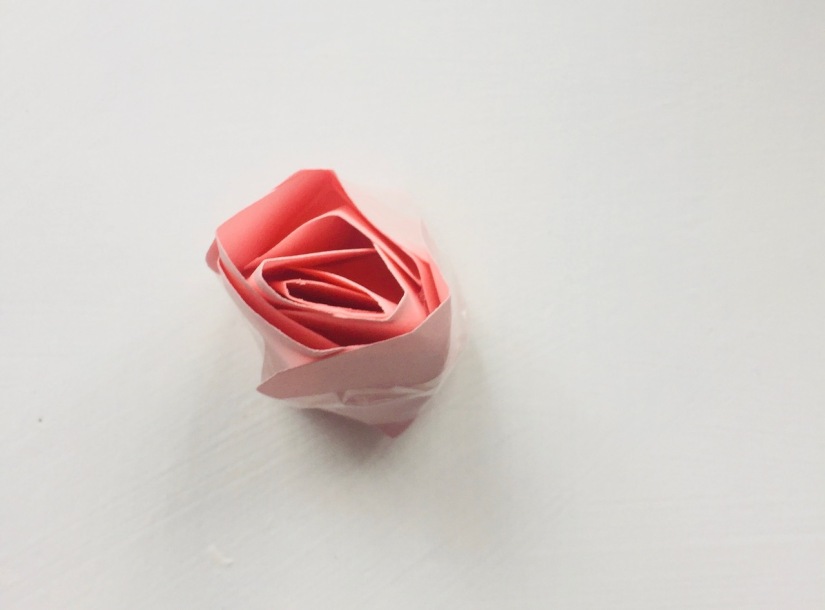 What I should have done here was get the stick and wrap the paper around it. However, I didn’t think of that until afterwards. Instead, I got one card and folded the first petal in half, I stuck it with a disc and then folded the next petal over it. I kept doing this until all five petals were together. I then taped around the bottom half of the bud to hold them in place. 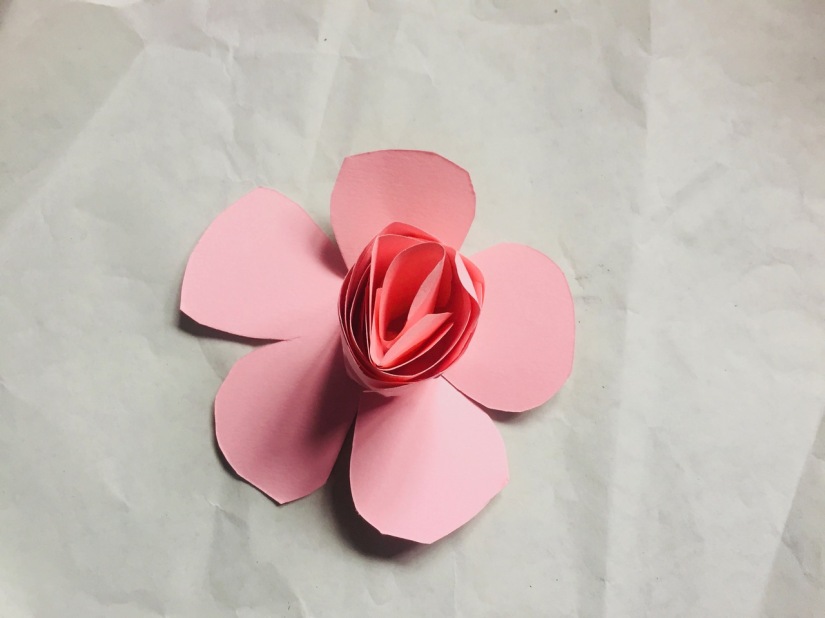 I attached a glu dot to either side of the rose and then stuck the next layer on using the same method as above. I added the next two layers in this way, adding glue dots as needed, until my rose was formed. 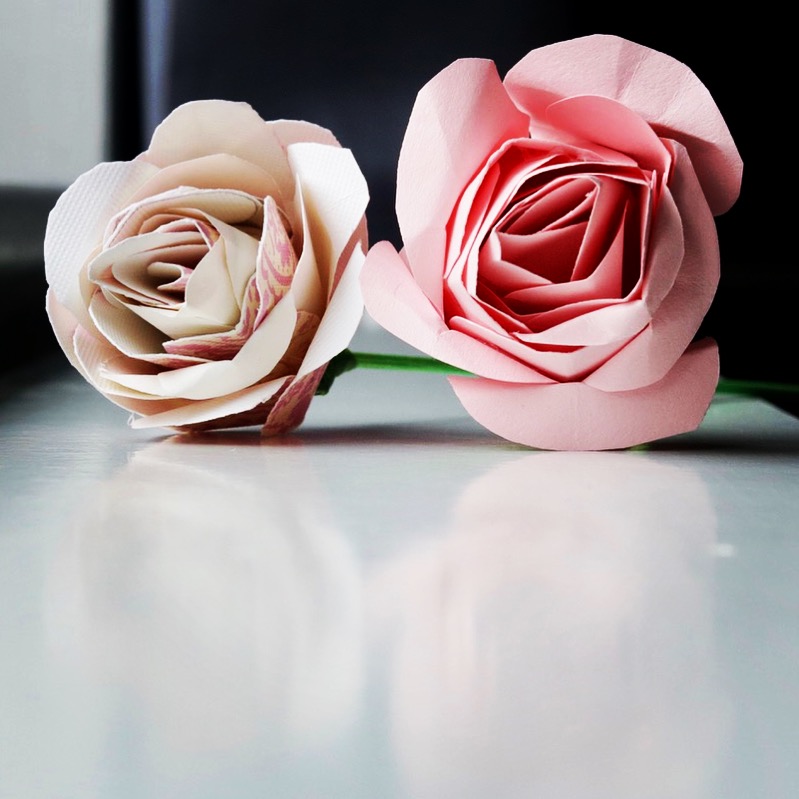 As I said, this is better done at the start but at this point I poked the chopstick through the hole in the bottom so about 2cms was inside. I then wraped blu tack around the base to keep it in place and covered it with green tape.

I’m really pleased with the result. I sprayed an old jam jar white and then had a play with ribbon to see which looked best. I’m going to get some different card and have a go at making my favourite yellow roses too.

Freya was thrilled with them when she came home from school (and insisted on pretending to be a bride, complete with her favourite dress). 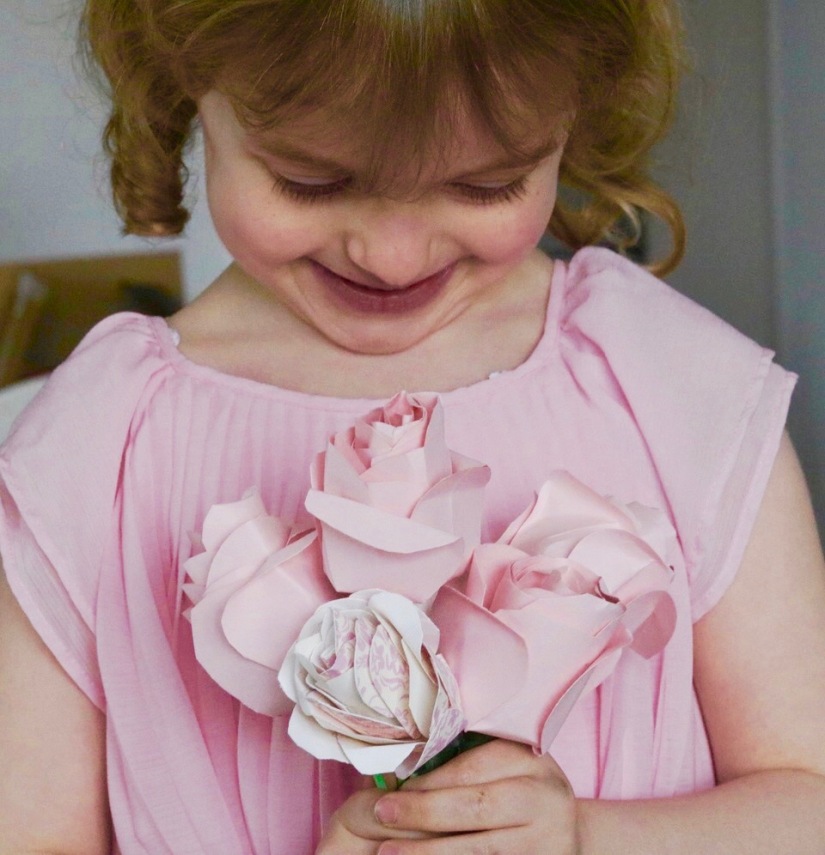 Mark was also happy not to be constantly sneezing and itching his eyes while indoors (I can’t do much to help him outside).

What are your favourite flowers? Have you ever made them from paper?

* Please note: We receive a craft box from Craft Merrily free of charge, as part of our role as Tots 100 Bostik Bloggers, in return for this post.

9 thoughts on “Paper Flower Fun For Everyone #BostikBlogger.”