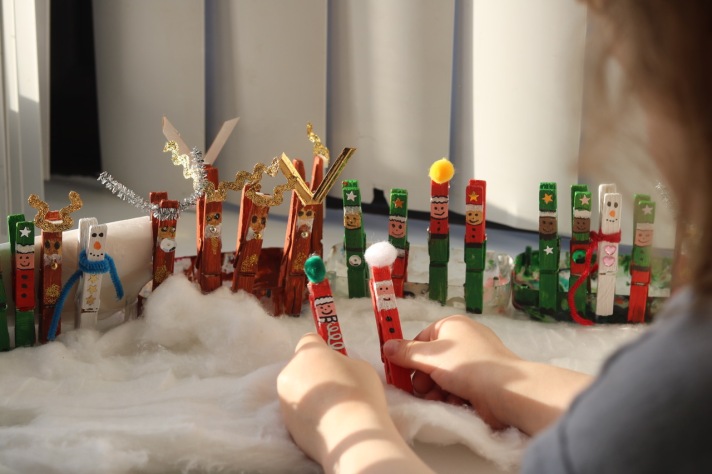 Did you know there are just over seven weeks until Christmas? Hands up if you’ve started your present buying yet. Not me. What we have done already is some festive crafting, starting with a peg advent calendar.

As many of the shops now put their decorations up at the start of October I have been fielding “is it Christmas today?” questions (from Freya, not Mark) for several weeks now, which is why I thought we’d make something she can use to count down (the pegs will also double up as Christmas tree decorations).

Thanks to some happy post from Craft Merrily, as part of our role as a Tots 100 Bostik Blogger, all we were really missing was the wooden pegs – and the ability to name all of Santa’s reindeer.

“There’s Prancer and Dancer and Vixen and Grumpy and Sleepy and, oh, wait…”

The internet was able to help with that and, after a quick trip to a pound shop for the pegs, we were off.

A foam wreath base.

Lolly sticks (to make the wreath base a bit stronger).

A wooden reindeer for the middle (with two googly eyes and a red pom pom nose).

How we did it.

There are all sorts of characters you could include such as penguins, The Grinch and angels to name just a few. You could even do a nativity. We kept it simple and picked Father and Mrs Christmas, the reindeer (once we had worked out how many there were), snowmen and elves.

I set Freya to work painting the pegs the various base colours. To make it easier for her (and less messy) I clipped the pegs on to a plastic tray (actually the cases from dummies, which I kept). The white needed two coats.

With a little bit of help, Freya had fun decorating the snowmen. She wanted to play with them after they were finished rather than do any more. Luckily, Father Christmas very kindly sent one of his elves to visit  (you’d think they would have better things to do) and she woke up the next morning to find they had all been decorated. 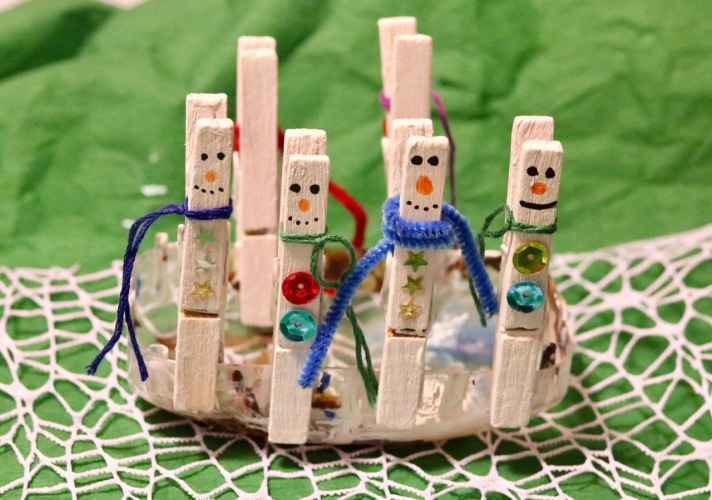 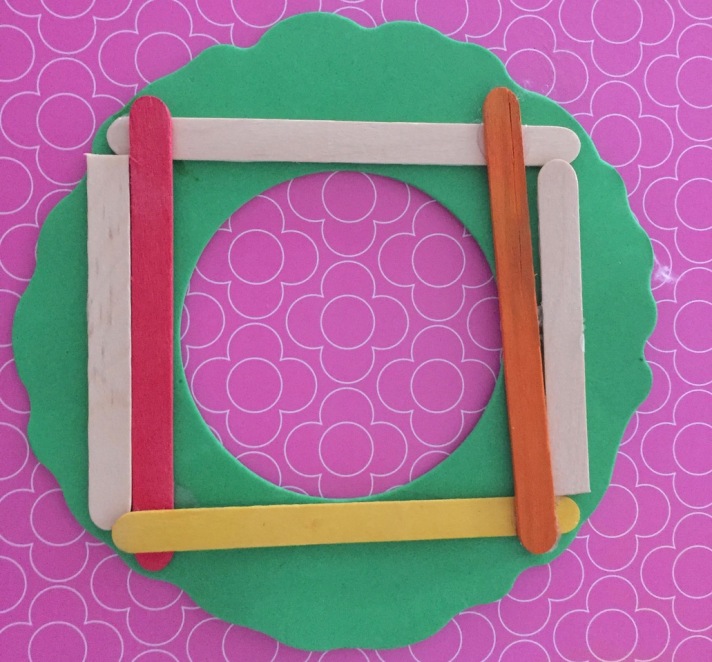 Some how, even though I thought it was out of the way, we managed to get paint on the wreath base. After making it a bit stronger with some lolly sticks, I decided to wrap it in gold ribbon to cover the stains. It also means once the pegs come off it will still look nice (although I’m going to spread the pegs out a bit). 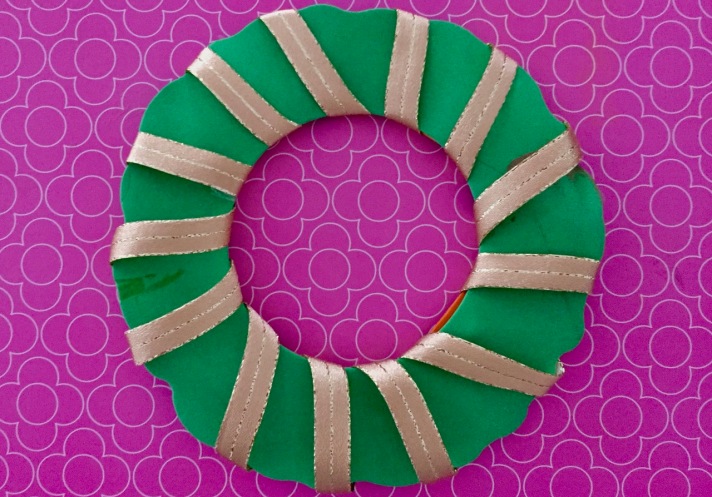 Rudolph was going to be our centrepiece so Freya coloured in the wooden shape and then, having spent some time using her hand as a puppet, glued his eyes and nose on. We stuck the green and red cord to his back and then attached it all to the wreath base.

Time to pop on the pegs and then, with Freya’s help, number them with a black pen.

There are many things I like about this craft, including that she can use it to practice her number skills. The pegs are easy to get on and off and she’s also had a lot of fun just playing with them. I made some snow out of cotton wool and we had a whole Christmas scene going on.

And here it is on the wall. 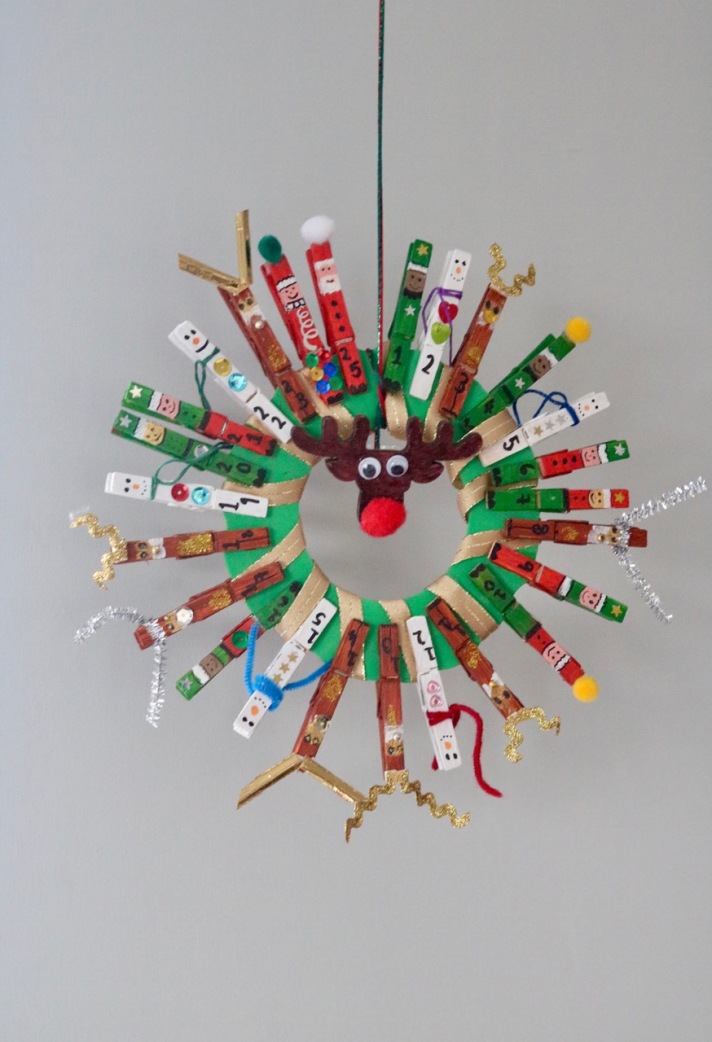 While it took a bit of time, I think it was well worth it. It’s reusable too (imagine if she passes it down to her children, if she has any). I’ve written the date on the back of Rudolph so we can remember the year we made it.

Are you planning to make anything for Christmas? Can you name all of Santa’s reindeer?

Note: As a Bostik Blogger we received the craft supplies free of charge in return for this post.