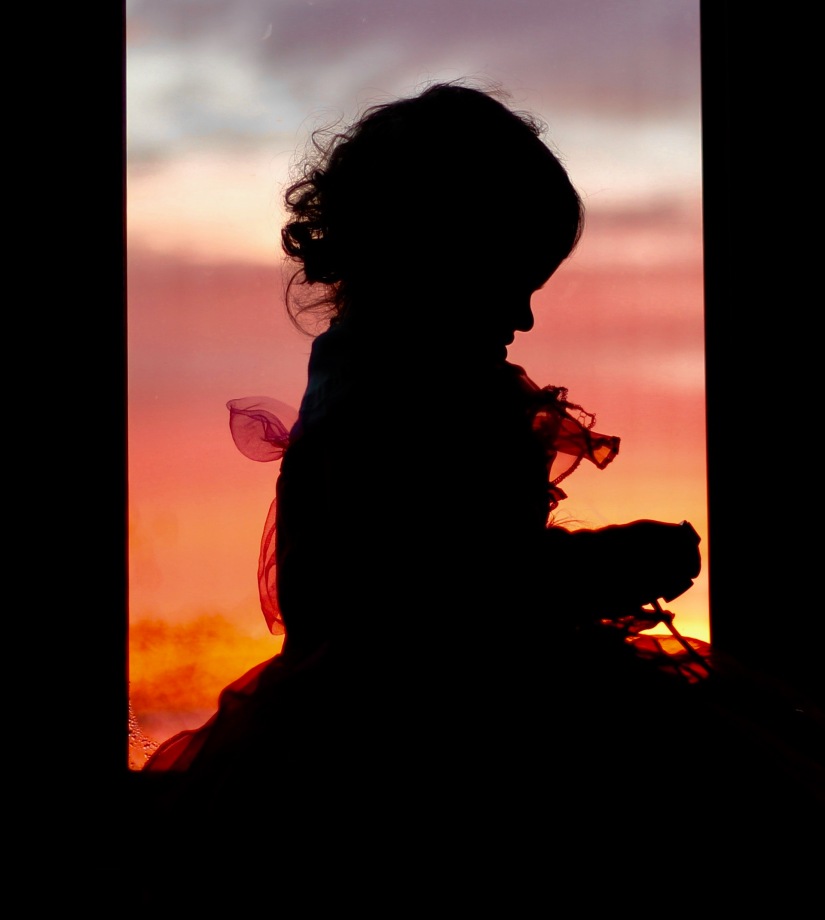 The mind of a four-year-old seems to be a miraculous, if slightly terrifying, thing.

Since starting school in September, Freya has amazed me with how much she has learnt. She’s like a little sponge soaking it all up. The trouble is, at night she seems to be squeezing that sponge to get the excess out.

The first time she woke up last night was probably legitimate. She thought there was a spider on her pillow, which she some how saw in the pitch-black (an extensive search by light of my phone revealed that was not the case).

Then she needed a “huggle” (blaming Topsy and Tim’s gran for that one).

Woke up crying that she doesn’t have any friends. She does, I listed half a dozen.

Was worried that she will never get married. I explained, with as much patience as I had at 1am, that it’s not something to worry about now OR EVER and that she needed to GO TO SLEEP.

Other nights have included fears about being unable to write the letter a, pondering what you get if you mix red and yellow together and letting me know she doesn’t like being called “Banana Head”. I have never called her that, for the record.

Despite all the wake ups she was ready to go at 4.17am today (grrr changing the clocks) which was obviously not happening and so she fidgeted and sighed loudly until 5am when I finally gave up.

I know we like to make jokes about sleep (or rather lack of it) when our babies are young but I genuinely believe it’s more of a problem than we give it credit for. People told me I had PND in her first year when she would wake every 10 minutes some nights but I knew, while I was really sad (even though I had the baby I wanted more than anything in the world), sheer exhaustion was behind it. If I even got a tiny bit more sleep, I felt better (I still do).

People also told me, with confidence, she would start sleeping at three months, one, 18 months, two, three and now? They have given up asking, I suppose assuming she just sleeps.

The bags under my eyes tell a different story (not to mention the weight I’ve put on from comfort eating). It’s a lot better than it was but her little brain just doesn’t seem to be able to switch off. As the experts say there is nothing physically wrong with her, there isn’t much help available (at least, that doesn’t involve just letting her cry, which is not something I want to do).

And, of course, it doesn’t just create problems for me but her too. Generally she is a happy girl but as the day wears on and she gets more tired, she gets manic. There are no naps any more (not that she was ever much of a napper) so we just take a not much fun trip to meltdown city when she gets home from school.

I’ve tried all sorts to try and help her (and me) over the years from cranial osteopathy to a Grow Clock, restrictive diets to baths before bed, warm drinks to white noise and massage to reward charts but I’ve kind of just accepted now that I have one of those non-sleeping children. As I’ve been told numerous times “She won’t be like this when she’s 15, you’ll have to drag her out of bed.” I have my doubts about that but at least now I can talk to her about it and explain why sleep is important for all of us. Some nights are better than others. I do my best to keep calm and carry on, bake Halloween gingerbread  (recipe here) at 6am and enjoy the sunrise.

After more than four years of it, I have realised a few things that help get me through the day. 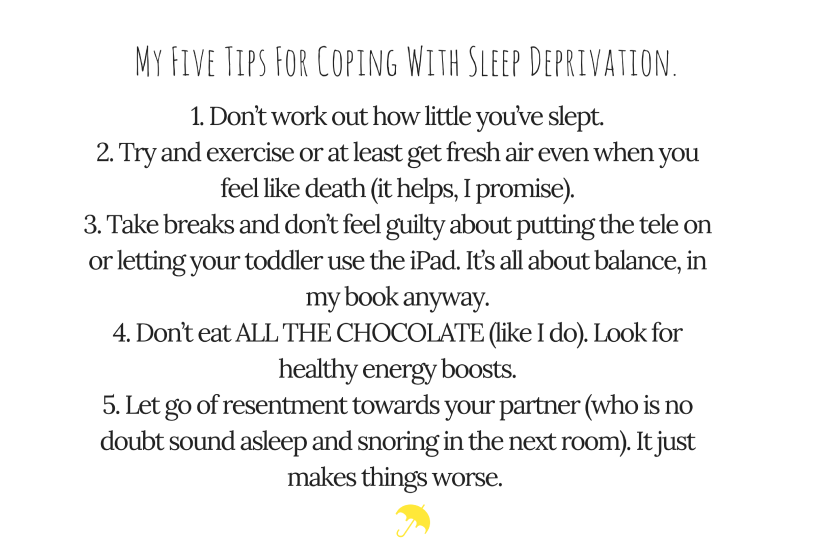 Have you got a non-sleeper? How do you get through the day following the night before?

9 thoughts on “Reasons My Four-Year-Old Woke Last Night (Plus Tips For Coping With Sleep Deprivation).”