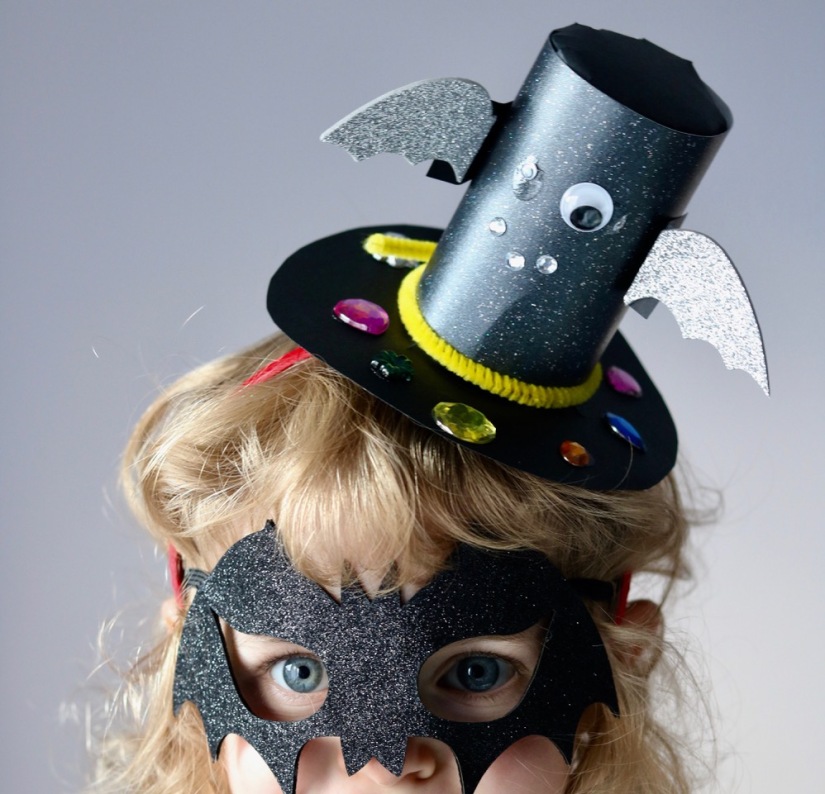 As I’ve mentioned before, Freya LOVES Halloween and I will admit that if I see a spooky costume in a charity shop – at any point in the year – I always buy it for her, even if it’s too big (she’ll grow).

The problem is that every hat/head adornment we’ve come across has always swamped her, often even when it’s her size. It will fall down over her eyes or slide off the minute she moves her head.

With that in mind, I decided to have a go at making her two headpieces with some of the items from this month’s Tots 100 Bostik Blogger craft box (kindly sent to us by Craft Merrily). It’s slightly haphazard (because that’s the only way I know how to craft) but Freya is pleased – and that’s the main thing.

For two mini hats, you will need:

A piece of web net.

Two items to make circle shapes (one big, one smaller). 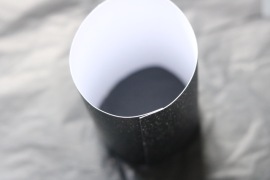 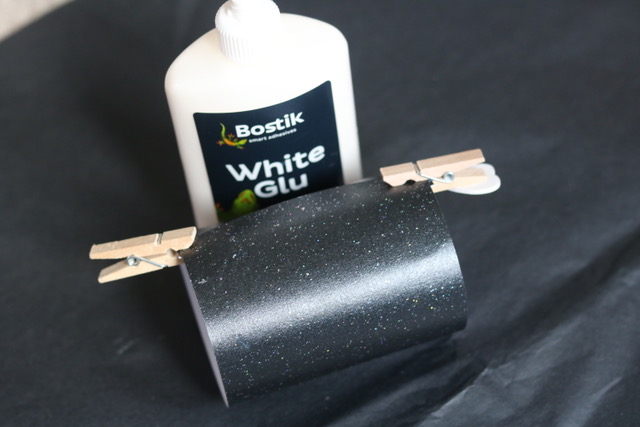 1. We made the spider one first and I started with the body of the hat, which is just a strip of cardboard rolled up. I didn’t measure it (naturally) but just cut it to what looked like a good height for a mini hat. I then rolled it around the smaller of the glasses and cut it to size to ensure the top of the hat would fit in it. I stuck it together using three glue dots plus some glue just to be safe. 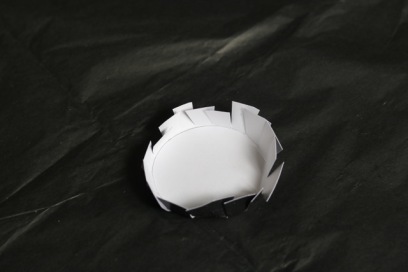 2. Next I made the top. I got Freya to draw around the smaller glass and then I cut it out leaving a border of about 2cms-ish to trim into so that I had something to stick to the inside of the tube. 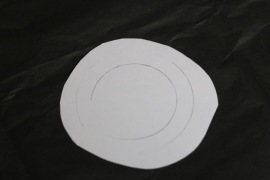 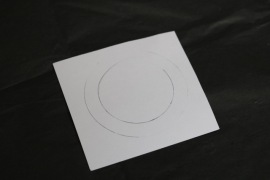 3. Time to make the brim of the hat. Freya drew around the bigger glass first and then popped the smaller one inside and did the same with that. I realised that the outside circle wasn’t really big enough for the brim so I used it as a rough guide and cut about 3cms wider that the line. It doesn’t need to be perfect – at least that’s what I told myself. I then pushed a hole in the middle of the smaller circle using the scissors and cut triangles to the edge. I stuck those inside the hat using white glue.

Here’s my top tip – pipe cleaners are GREAT for covering any rough edges, such as where the brim meets the hat. 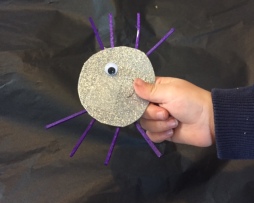 4. While I was sticking the hat together, which is a bit fiddly, I set Freya to work on making the spider. This was a piece of sparkly foam card, two eyes and eight legs, which I got her to count and sort into matching colours. She wanted them all purple. She used glue dots to stick everything on, which she can do on her own (and without making any mess either. Bonus).

5. Once the hat was all stuck together (and dry) I wrapped the web netting around it and stuck on spidey. We had some left over net so I thought I’d get a bit arty and add a bit more with a few sequins, which are supposed to represent prey (if you have a plastic bug you could stick that on too). You can see the finished article at the bottom of this post. 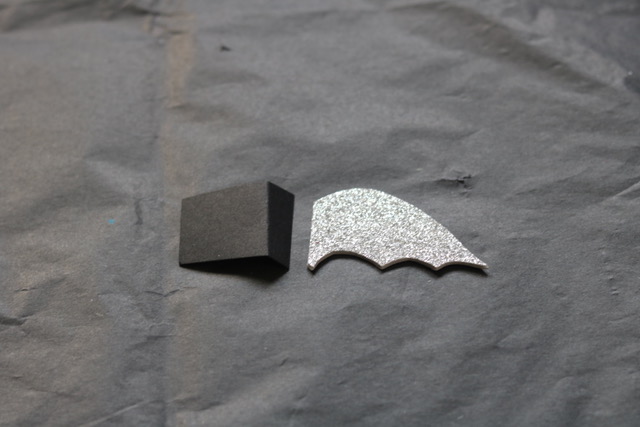 6. We repeated the hat making process a second time but then decorated it with bat wings (just a piece of sparkly foam stuck on to card), eyes and lots of jewels.

7. I used an Alice band we already had and it was actually quite helpful that it had a bow on it because I popped it inside the hat and it seemed to keep it more stable. I taped the brim of the hat to the band but I might also add something else, like gaffer tape, just to make it hold better.

And here’s how it looks on. Cute huh?

Now, we don’t really do trick or treating but I’m hoping that Freya might have an event at school or maybe we can have our own little Halloween party to make use of them. I might make myself one too.

Are you planning to make anything for Halloween? We are always on the look out for fun things to craft.