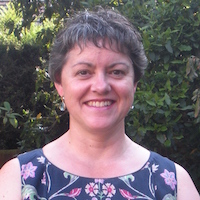 While many writers chase often elusive publishing deals, going “indie” has its own rewards – as author, Julie Stock, proves.

The race to write and publish her first book, From Here To Nashville, before she hit the big 5 0 might have been what initially inspired her to go that route but with two successful contemporary romances under her belt – and another on the way – Julie’s hard work is paying off.

In my latest Behind The Book interview, she explains more about her journey into print – with some wonderful advice for all writers at the end.

When did you start writing?  Has it always been a passion?

Until about four years ago, I’d never written anything longer than a poem or lyrics for songs, and most of my writing as an adult has been for day jobs. I started writing my first novel in April 2013 because I had an idea that I thought could work for that length. That had never happened to me before! I knew it would be a romance because that’s the genre I read the most. Both my novels are contemporary romances and I’ve also written a novella and a number of short stories in the genre.

Do you plan your stories?

When I started writing, I was a ‘pantser,’ although at that point, I had no idea what that was. I wrote that first book with only the loosest idea of what was going to happen. It was an incredible experience for me but I had to do so many rewrites to even finish the first draft that I knew I would prefer to plot more next time round.

With my second book, The Vineyard In Alsace, which I started, again with no plan during NaNoWriMo one year, I got to 80,000 words and decided that the story wasn’t working. I then got rid of 40,000 words before going on to finish the first draft. It was really hard but I knew that the story just wasn’t the one I wanted to tell. Again, lots of rewriting followed but I knew I had the right story by then.

So before I started my third book, which I’m writing now, I really did try and do much more of an outline before starting. It has still evolved a lot as I’ve gone on but I feel this will be a much better first draft than I’ve written before.

How long did it take to write each book, including drafts? Were you writing full time? If not, how did you make time to write against all the other life stuff we have to do?

It takes me about six – nine months to write the first draft, and with rewrites and editing, it takes about another six – nine months to be ready for publication. I could possibly write faster if it was my full-time job but I do procrastinate a lot! When I wrote my first book, I was working full-time as a teacher but I so wanted to do it that I found the time, even if I was only writing 300 words a day.

Nowadays, I work for a charity in the mornings and I do occasional supply teaching as well as some freelance web design work so I can commit to writing 1,000 or more words a day if I’m working to a deadline, and if I write that many, I feel really pleased with myself! If I know what I want to write, that only takes me about an hour so I don’t really have any excuses not to get that done.

Your first book is partly set in Nashville and your second in Alsace. How important is location to your work? Are they places you have enjoyed? Are you tempted to go to places purely for research?

The setting of my books is really what starts the story idea off for me. I have always been a singer myself and together with my love of country music, I had an idea for a story set both in the UK and in Nashville. My premise for From Here To Nashville, my first novel, was what if you had a singer/songwriter based in the UK who dreamed of becoming a country music star and going to Nashville. That’s the only place you would want to go as a country music singer so it fit the storyline. I only went to Nashville myself after writing the story but I had to go once the story was written.

Similarly, my love of France, especially Alsace and my knowledge of the winemaking industry from a former job, gave me the idea for my second book set on a vineyard in Alsace. I’ve been several times and so I was able to draw on my knowledge quite readily for my book.

I love to travel and when I do, I think about whether those places would make a good setting for the story I want to tell. So the place tends to inspire the story and I’ll often take lots of photos and make lots of notes for future reference, if I go somewhere on holiday and think it would work for a book.

You decided to go indie very early on and, as a result, didn’t submit to any publishers. Can you please talk about why you picked that route and the pros and cons?

I started writing my first book when I was 48 and it was reading how someone else had self-published that made me wonder about doing that myself when previously that just wouldn’t have been possible. My motivation with the first book was to publish it before my 50th birthday and so I didn’t have time to wait around for agents and publishers at that point.

It is hard to self-publish because you have to pay upfront for editing, proofreading and cover design before you’ve even sold any books. On top of that, the marketing is almost a full-time job in itself. However, what I enjoy is having control over every aspect of the process and when the results come in, they’re all down to me and that’s a good feeling. I did try to get an agent and publisher with my second book and came very close but not close enough. At that point, I realised that I could just do it myself again and my second book is doing so well that I don’t regret that decision at all.

Do you think the rise of social media has helped when it comes to self-publishing? How important is it to you? Is Twitter your favourite?

I suppose social media has helped indie authors to make themselves a bit more visible amongst the millions of authors out there, and I am active on Twitter and also on my Facebook page, as well as a couple of other sites to a lesser extent. However, I don’t know how much they influence sales as such – it’s very hard to tell but I enjoy being on it to the level that I am involved so I’ll continue with it as long as that remains the case.

It seems like when you self publish you have to be a jack of all trades – from cover design, type-setting, promotion etc. Which part was the easiest and which part was the hardest? Is there anything you know now that wish you had known for your first book? 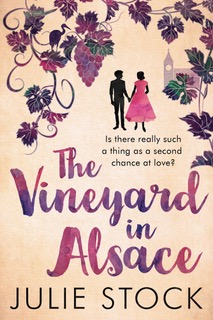 For me, the easiest part of self-publishing is uploading my book to Amazon’s Kindle Direct Publishing because I can compile my manuscript straight from Scrivener which is the writing software package I use. It really couldn’t be any easier.

The hardest job is finding the time to try out all the new ways of promoting yourself as an author. Sometimes, it’s very easy to spend all your time on marketing and promotion, and then you find you have no time to write! You have to be quite disciplined to make time for your writing and if you’re a bit of a procastinator…

I’m not sure there’s anything I wish I’d known for my first book, apart from learning more about plotting! Still, I may have given up before I’d even got started if I’d spent all my time learning how to plot. Sometimes the best way of learning is to throw yourself in the deep end and give it a go!

Many of the authors I enjoy reading are members of the Romantic Novelists Association (RNA). Can you tell me why you joined and what you get from it?

Joining the RNA was quite simply the best decision I’ve ever made. I went to a Festival of Romance in November 2013 and there was a panel of RNA authors there that day who told me about the New Writers’ Scheme. I joined in January 2014 and I have made many good friends since then, at parties, events and conferences. The RNA is full of such generous writers all ready to give advice when asked, and the friendship is second to none. I’m about to graduate from the NWS now to be an independent author member of the RNA and I feel very proud to have reached that milestone. I couldn’t have done it without the support of so many lovely writing friends.

What are you working on at the moment?

I’m trying to finish the first draft of my third book, set in a restaurant in Devon. This will be the last book I submit to the RNA’s New Writers’ Scheme and the deadline is August 31st so I am up against it a bit. I will then be editing a novella I wrote some time ago, which is a sequel to my first novel, From Here to Nashville. I hope to publish it later this year, and the new novel next year.

Finally, do you have any tips for writers perhaps thinking of going the indie route?

If you’re a new writer of romance, join the RNA’s New Writers’ Scheme to get early support with your writing. Make sure that when you’ve finished your draft and first round of edits that you seek the help of a professional editor. This should be followed up with a professional proofread. If you can afford to pay for a professional cover designer as well, so much the better but there are cheaper options that will still produce a good cover for you. For advice on all the practical aspects of self-publishing, join the Alliance of Independent Authors too.

The other piece of advice I would give is something I heard from another writer recently, which is that if you write, you’re a writer. So try not to let your fears get in your way. You can do it – you just need to make a start.

Thank you very much to Julie for answering my questions, despite not only being on deadline but also preparing for a literary festival. I found so much of what she said useful in a practical sense but I was also really inspired by her journey – especially trying to write and be published in your 40s. That last piece of shared advice is a keeper too.

I’ll have another Behind The Book for you on August 21st.

27 thoughts on “A Look Behind The Book With Julie Stock.”