“I don’t like the beach,” Freya said, as I pulled out of our road.

Driving us to the last minute holiday I had booked.

“Since when? You spent all last summer asking to go to the seaside. What don’t you like about it?”

When the email with the holiday deal popped into my inbox I was immediately tempted – the fact that neither Mark nor my parents could come probably should have been a deterrent.

It just seemed like such a good deal; three nights in a deck house at the Haven Holiday Park in Caister-on-Sea, a place we have been to and enjoyed on several occasions, for about half the normal price.

My imagination went into overdrive; after long, warm days spent playing in the sand Freya and I would walk, tired but happy, back to our house. Perhaps we would eat tea on the deck, smiling at each other across the table, with the distant sound of the waves gently lapping at the shore as the sun set. It would be a wonderful mother/daughter bonding experience. An adventure.

With the dream still spinning in my head, I booked it.

“First Norfolk, next Nepal,” was my exact thought – although, as I loaded up the car with enough stuff for 60 people, I decided I needed to get better at packing first.

We arrived just after 1pm with the sun shining brightly. The ground floor deck house was everything I had hoped for, lovely and clean, beautifully decorated, all the amenities and more. 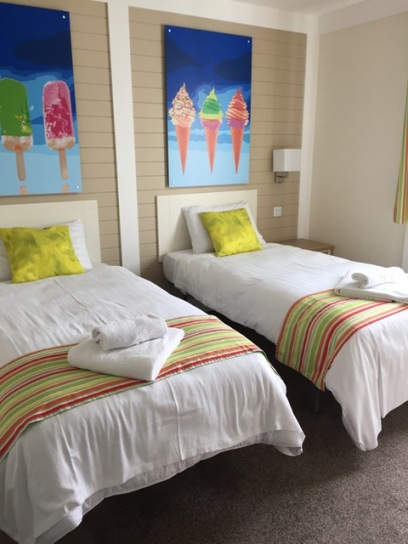 “Yes!” I thought, relieved that I hadn’t wasted what was still a fair amount of my dwindling savings. “We are going to have a fab time.”

We went for a swim in the site pool. Freya loves the water and is so confident (although because she smiles the whole time she swallows loads of water so I have to keep telling her to close her mouth).

Singing a happy holiday song, we made our way back…and then things took a turn for the worse.

Now, we live in a flat so I’m more than used to noise and while I couldn’t hear the people who had moved into the deck house upstairs speaking, what I could hear was their thundering footsteps running up and down.

Up until then it sounded like there were a dozen people circuit training.

While they could have had a bit more respect for the people below them, I think the main problem was with the flooring. It seemed really bouncy, maybe because of the soundproofing (ironic)? I’m no expert, obviously, but I’m not exaggerating how loud it was.

I was almost in tears at one point because Freya gets up at 5am, no matter what time she goes to sleep (believe me when I say we have tried every combination). She’s also not the sort of child who will ever sit still so I really needed my rest – not just to try and keep up with her but I wanted to enjoy it too. 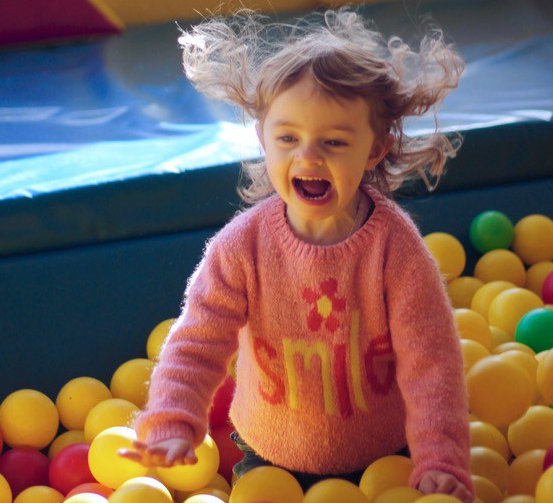 On Saturday, despite feeling pretty tired, I was determined to make the most of it so we were on the beach just after sunrise (because I didn’t want other people to be woken up by a small child running about).

I figured she would forget about her new dislike (hah!). We managed about 20 minutes, with the aid of The Lion Guard and the lure of making them a rock cave. After that she refused to step foot on the sand again and at one point wouldn’t even look at it, hiding her face in the side of her buggy.

Luckily there are lots of other things to do on site, which she did like, including more swimming, soft play, the nightly disco (turns out I’m raising a party animal) and playing with the many other children who swarmed over the play areas.

We hardly stopped all day and I was really ready for my bed but, of course, we had the same noise problem. Freya also developed a hacking cough so when one eventually stopped the other carried on.

On Sunday we were both tired and a bit grumpy but we got out early again and joined a bug hunt (while everyone else collected ladybirds and snails we found a slug). We definitely needed a nap, and afterwards I decided it was time to head home. It was a night early but I was worn out (not quite the happy tired of my dream) and couldn’t face the noise for another night.

I thought about complaining then but what good would it have done? I wanted to be on the ground floor so Freya had easy access to the outside, which she doesn’t have at home, and unless they had a deck house with no one above (which from what I could see was unlikely) we’d have the same problem.

After lunch on Sunday we came home.

It’s not really a big deal and maybe the holiday wasn’t a complete disaster but I felt like I’d not only wasted money but also that I’d failed to give her the amazing mother/daughter bonding trip I had planned.

In reality I know she had fun, despite being a bit poorly, and she has no idea we left early. I also know I should be grateful that we were able to get away at all (and I am) but the reality was so far from the dream, I guess I’m just a bit sad.

I’ll definitely be leaving Nepal for a few more years (she’d probably announce mountains are boring at the moment).