We had such an amazing time at My First Panto: Cinderella this morning that I thought I’d pop a quick review up – just in case you’re in Norwich and thinking of going.

As you might have read earlier this week, panto is not my favourite thing in the world but  this production which “re-imagines this classic story” and puts the audience at the centre of the action by “asking them to help Cinderella through her adventure” sounded like a great way to introduce Freya to the theatre.

Aimed at children aged two – five and their families, it is directed by Daniel Burgess and has a brilliant three-strong cast of Rosalind Burt, Lloyd Gorman and Joey Herzfeld.

However, even before the actors came out I thought to myself “this is very well done”. The set is simple but elements of it are chalkboards so that the little ones have something to colour while they wait for the show to start (genius). 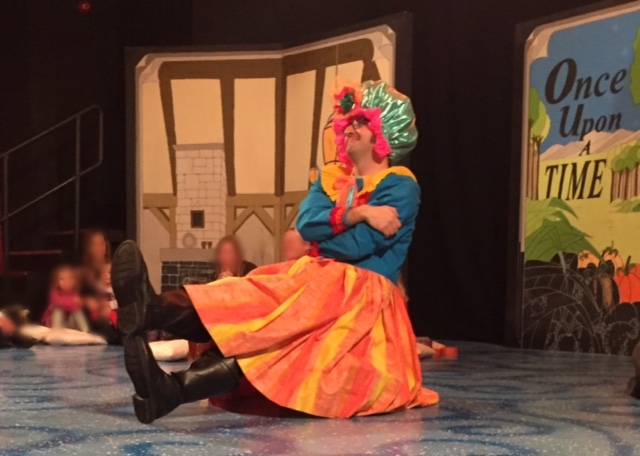 Once things got underway both Freya and I were captivated.

We were sat on cushions on the floor, so really felt part of the production. It’s “immersive children’s theatre” so there’s no sitting quietly. There are many chances to get involved including helping Ella clean up a messy house, trying to beautify the ugly sisters and even dancing at The Prince’s Ball.

I think Freya will be smiling for a long time over the fact she got to hold hands with Cinderella. It has probably made her Christmas. 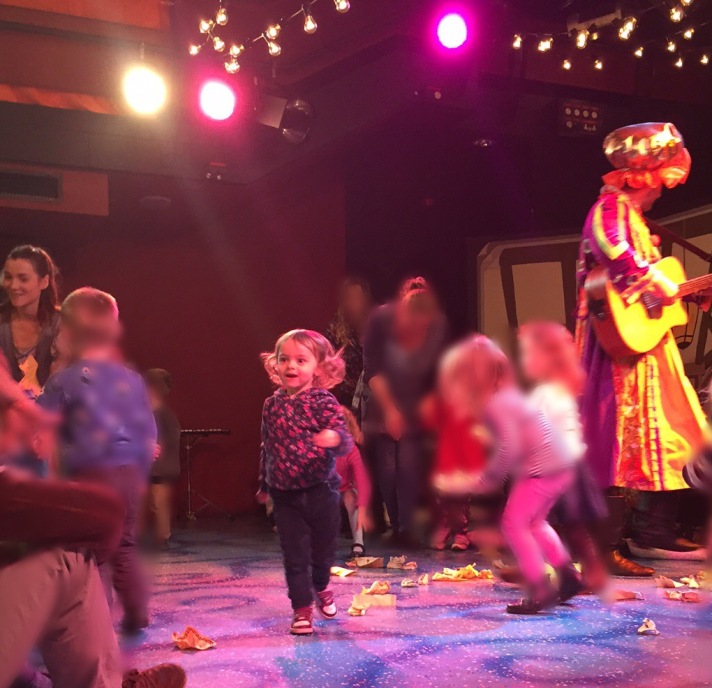 It was so much fun and very well done that even after an hour (it runs between 50 and 70 minutes depending on the amount of playtime) she was still engaged.

The actors do an amazing job of interacting with the children while still pushing the story along. It definitely gets two thumbs up from us.

* My First Panto: Cinderella runs until December 24th at The Garage in Norwich. A lot of dates have already sold out so if you’re thinking of going you might want to book quickly. Tickets cost £10 for adults and £6 for children. Under ones are free.

5 thoughts on “Review – My First Panto: Cinderella in Norwich.”