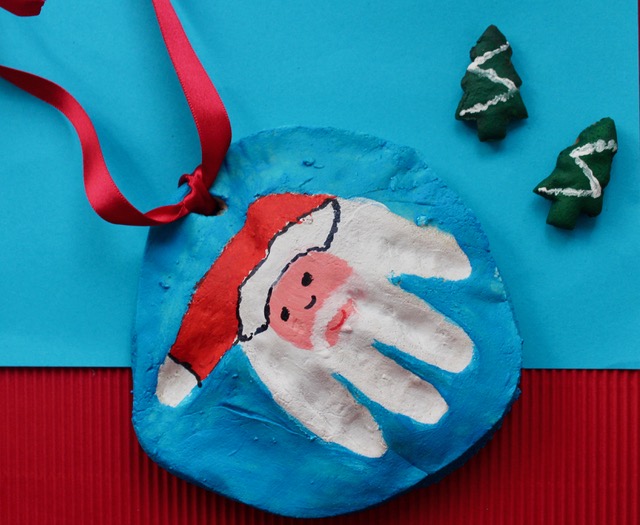 Long before Freya was born I liked to add a little homemade-touch to my Christmas gifts, even though my (lack of) skills made everything seem a little…”rustic” – hey, it’s the thought that counts, right?

From homemade wrapping paper to the year I embroidered cloth bags for everyone (by the end, I’ve never been so pleased to have a small family), I’ve tried to put my stamp on things. I think it’s even more important now Freya is here do something personal that she can give as her gift – and no one seems to mind if they are, how shall I put it, less than perfect.

This year, I thought we would have a go at salt dough Father Christmas handprint ornaments, which seemed like a fun activity for her (and simple enough for me to follow).

As always, we had varying degrees of success in our THREE attempts. I should have a sub heading on any crafting posts “making a big old mess so you don’t have to”.

Just in case you were thinking of doing something similar, I thought I would share what did and didn’t work for us. 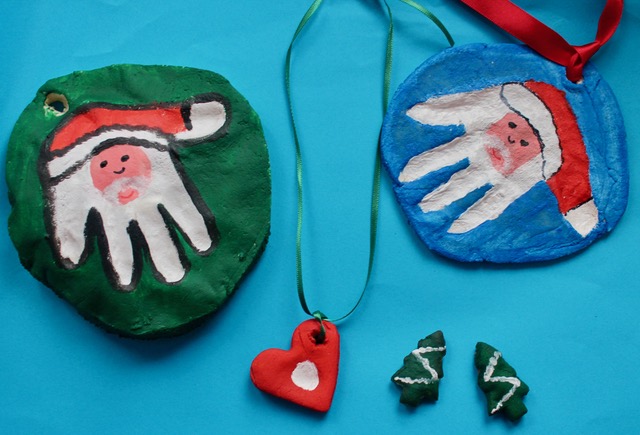 There are several different recipes to try but the one below created a nice dough (where it says cups, I just grabbed three matching mugs from the cupboard).

One and a half cups of plain flour.

One cup of salt.

Half a cup of water.

Freya is lucky to have both sets of grandparents and a great grandma so hopefully they will appreciate these gifts (as only grandparents can).

Do you like crafting at Christmas? What are your favourite makes?