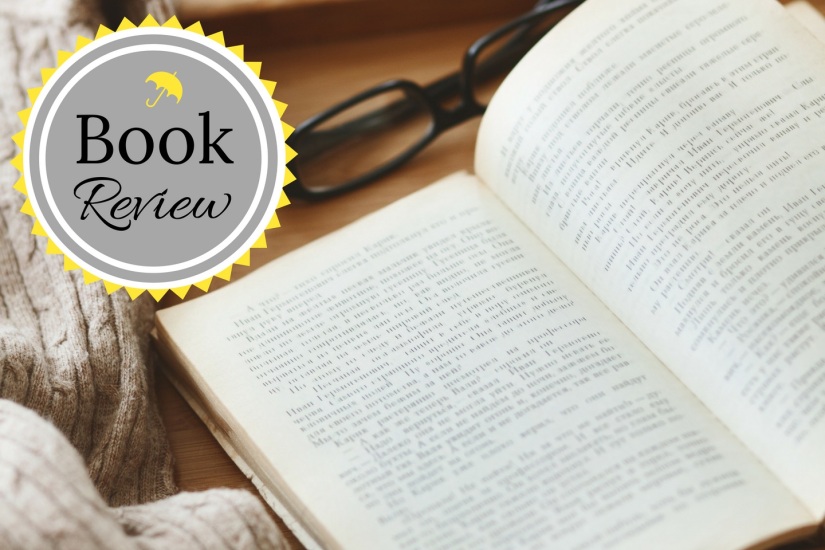 Without a doubt, The Most Wonderful Time Of The Year by Joanna Bolouri is my favourite book of 2016 (so far) – and I’ve read some corkers.

From start to finish, there wasn’t a single sentence that didn’t shine in this hilarious and heartwarming novel.

I even got up at 4.50am one morning so I could finish it before Freya woke up at 5.30am – and I love sleep so hopefully it shows just how much I adored this book.

Thirty-eight year old Emily has a satisfying job, fab friends, an amazing car and, most importantly, a wonderful flat, exactly 411 miles away from the judgemental, batshit crazy, interfering family she reluctantly sees twice a year. In fact, the only minor stress in her life is her twenty-something neighbour Evan and his penchant for flirting, loud music and even louder sex . . . but he’s nothing she can’t handle.

Emily also has a boyfriend called Robert and it’s going really well. So well, in fact, that this year Emily is hoping to take him home for Christmas to meet her family. Finally she won’t be subject to five days of nosy questions from her parents and pity looks from her younger married siblings.

But when Robert breaks up with her a week before Christmas, Emily is gutted. How on earth is she going to face her family now? Enlisting the help of party boy Evan (in exchange for one month’s rent and the use of her convertible) Emily is determined to take Robert home for Christmas come hell or high water, even if it isn’t the real Robert . . .

This is the first book I have read by Joanna Bolouri, although she has written two others, which I will be downloading shortly.

Her writing is incredibly sharp and witty and further research revealed she won a BBC comedy script competition, which “allowed her to work and write with stand-up comedians, comedy scriptwriters and actors from across the UK”. It shows. I have no idea how you even keep up that level of energy for an entire book but she does.

Not only that, I could relate to so much of it – from the neighbours having loud relations (we had one woman who was like an opera singer) night and day to the mum who thinks she’s doing you a favour by pointing out you have a massive bum (thanks mum).

Having dated (and then married) a younger man I could also empathise with Emily’s worries about Evan, who has to be one of the most well-written heroes I have ever read (let alone this year) – even I wanted to go out with him.

This book floated my boat on every level and as a result it gets my first ever five star rating on the blog.

Thank you to Quercus Books (via NetGalley) for the ARC in return for an honest opinion.

1 thought on “Book Review: The Most Wonderful Time Of The Year.”