Don’t you look at this photo and think “what that child needs is a bit more pink in her life”?

Ah well, whatever makes her happy. 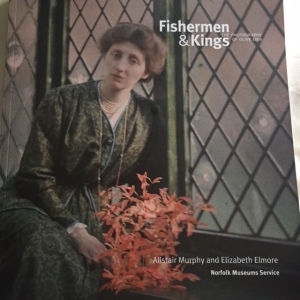 Speaking of happy, on Friday I was lucky enough to have a preview of a wonderful new exhibition which highlights the work of the relatively unknown British photographer Olive Edis (1876-1955).

She was, among many other things, the first accredited female war photographer from this country.

I’ve been excited about it since it was announced but actually seeing it had a profound impact.

It wasn’t just that she was able to take such powerful shots, including portraits of everyone from local fishermen to royalty (especially given the equipment she had), but the boundaries she pushed (and broke through) to be able to become a professional photographer in those days. I found it really inspiring. I’ve blogged more about her, if you’re interested.

Fishermen and Kings is on at Norwich Castle Museum and Art Gallery from now until January 22.

Wishing you a fabulous week.