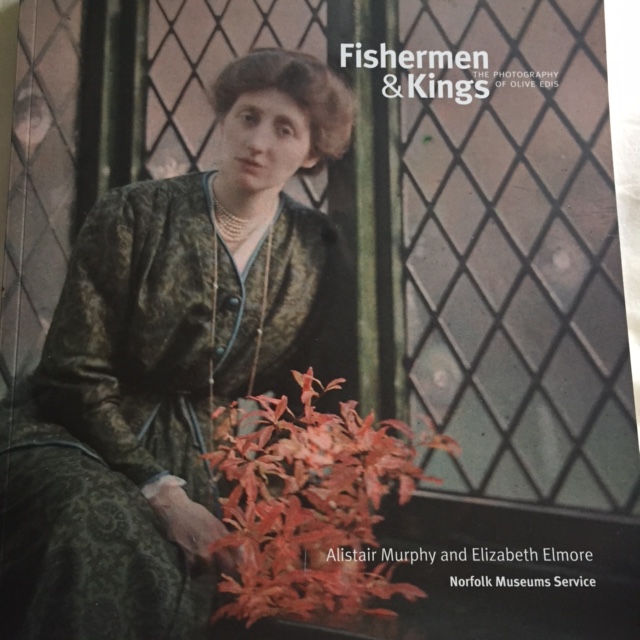 There is so much to admire about Olive Edis – and that’s before you even get to her photography.

Born in London in 1876, she had a thirst for life which saw her become an entrepreneur, an intrepid adventurer and a woman not just pushing but breaking through the boundaries of what was considered acceptable in her time.

The first comprehensive exhibition to celebrate her life and work has just kicked off at Norwich Castle Museum and Art Gallery – and it’s a must see, in my opinion.

It is interesting, thought-provoking and inspiring. And, even though I was born 100 years after her, I felt a connection to her through her photographs.

Featuring more than 190 rare images (click here for some examples) taken by Olive between 1900 and 1955, they show the breadth and depth of her skills, with subjects ranging from characterful north Norfolk fishermen to royalty.

Alistair Murphy, curator, said: “Olive Edis was a remarkable woman. She was well-educated, forward thinking, a visionary, an astute business entrepreneur and most importantly a talented photographer with a natural affinity for her subjects – however grand or humble each was afforded respect and dignity. Like the many influential and inspirational women that she photographed, Edis was herself a “new woman”.”

One of the earliest examples of her work is a portrait of her cousin, Caroline (known as Carrie), taken in 1900.

Carrie is said to have given Olive her first camera and on the back of the picture is written: “My very first attempt at a portrait which turned my fate in 1900.”

While she grew up in London, Olive came to Norfolk with one of her sisters, Katherine, where they set up their first studio in Sheringham in 1905. It had a glass roof to allow the natural light which became Olive’s trademark style.

While Katherine married a few years later, Olive continued as a jobbing photographer and her reputation grew. 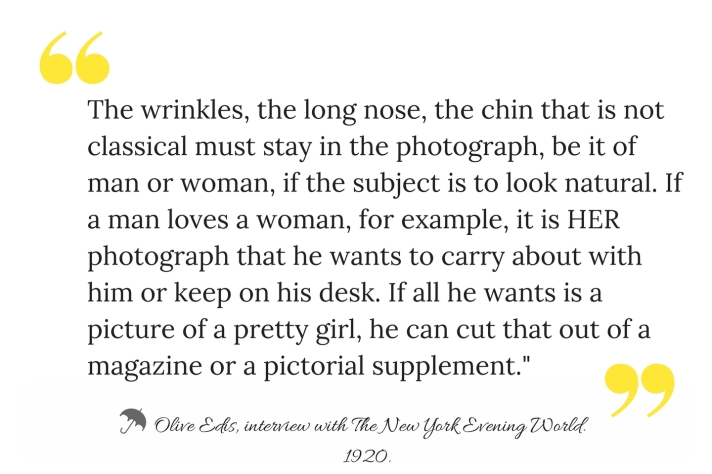 In her long career she photographed a wide cross section of society, including well-known names such as Thomas Hardy, George Bernard Shaw, MR James and Emmeline and Christabel Pankhurst.

Some of those photographs are included in the exhibition, which is split into themes. There are also sections on her striking portraits and travel.

Initially working with platinum prints, Olive was one of the first photographers to work with autochrome and even patented her own design of viewer. (There is a wonderful section in the exhibition set up as a darkroom, which explains more about the processes involved.)

Despite advances in photography she continued to use a large plate camera until the 1950s, although did later own folding cameras which used film.

Olive died in 1955 at her London studio but her ashes are interred in Sheringham with the body of her husaband, Edwin, whom she married in 1928, when she was 52, and who died in 1947.

She left her estate of photographs, prints glass plate negatives and autochromes to her friend Cyril Nunn, who took the last known photograph of her in 1953/4. The collection was in turn offered to the Cromer Museum in 2008.

The exhibition, which runs until January 22, is part of an ongoing project supported by the Heritage Lottery Fund aiming to boost awareness of Olive’s work.

It won’t be travelling but a smaller exhibition featuring different images will form part of a permanent display at Cromer Museum.