Skip to content
May 12, 2016 Tara Entertainment, The great outdoors, Things To Do In Norfolk, travel, Wanderlust

Things To Do In Norfolk: Bressingham Steam and Gardens.

It was a single photograph that drew me to Bressingham Steam and Gardens – and it had nothing to do with either steam or gardens (although I am partial to both).

Freya LOVES horses and I had been looking around for a place for her to ride one. The only trouble was, I was a bit worried she might freak out when she got close to an actual live one, so when I saw a photograph of Bressingham’s gallopers I figured they were the next best thing.

Even though it was a Bank Holiday we decided to take the plunge – and I’m so pleased we did because, while the gallopers were brilliant and Freya enjoyed them as much as I had hoped, there was so much more to enjoy. It was a really lovely day. 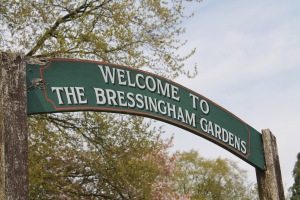 It all starts with a man called Alan Bloom, a British horticulturalist and steam enthusiast.

He bought Bressingham Hall and 228 acres of land in 1946 and began to develop the gardens. By the early 1950s it was one of the largest nurseries of its kind in Europe.

In 1961 he also started to collect steam engines and his two great passions combined to become Bressingham Steam and Gardens – now a registered charity. You can read more here.

What is there to do? 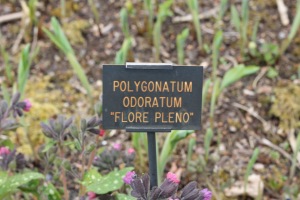 The gardens span more than 17 acres and are often described as a “mecca for perennial lovers”.

I didn’t even know what a perennial was but I can appreciate the love, care and imagination that has gone into creating and maintaining the many wonderful spaces including the Dell Garden, the Winter Garden and Foggy Bottom (designed by Alan’s son Adrian), that offer a feast for the eyes (and camera). 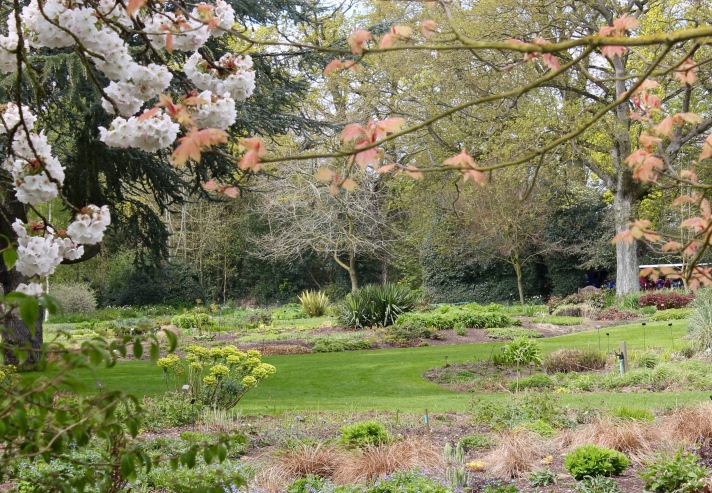 Freya loved roaming around, running under a brick bridge and pretending to be a troll, looking over the edge of the pond and popping her head into a secret hut – occasionally also stopping to wave at a passing train. 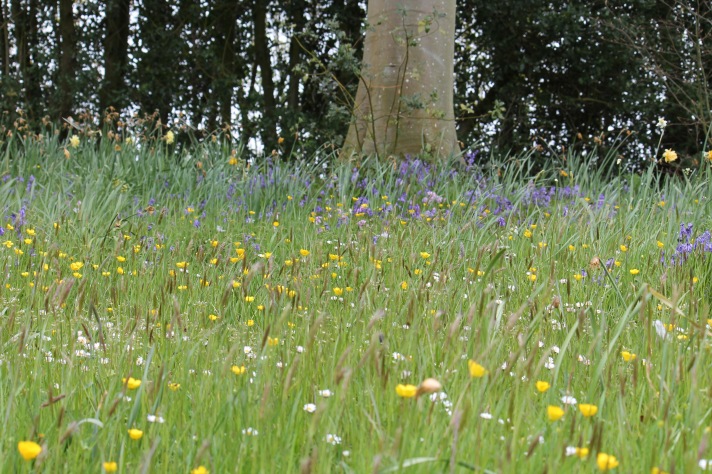 Which leads me nicely on to steam.

There are more than four miles of narrow-gauge steam lines, with four different journeys   to enjoy, including around the garden. It’s best to check the timetables to see what is running on different days.

I’m clueless when it comes to different engines and all the technical stuff but we enjoyed our two rides. It was like stepping back in time and I think it’s marvellous that they are still in operation.

What I also enjoyed was the passion of the very friendly volunteers who care for the engines as if they were their own children. 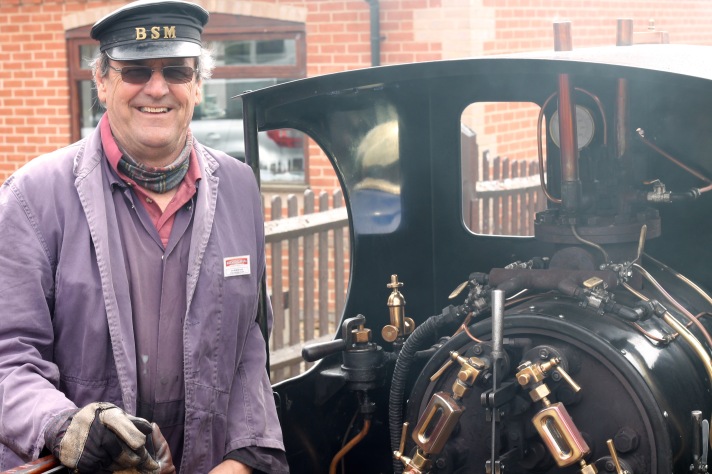 You can also visit the locomotive shed and a signal box with a baffling array of levers. If you want to get really up close, you can pay for a pre-booked driver experience.

On certain days they run special events including visiting characters, this year including The Gruffalo and Postman Pat (don’t let him near a train, that’s my advice). 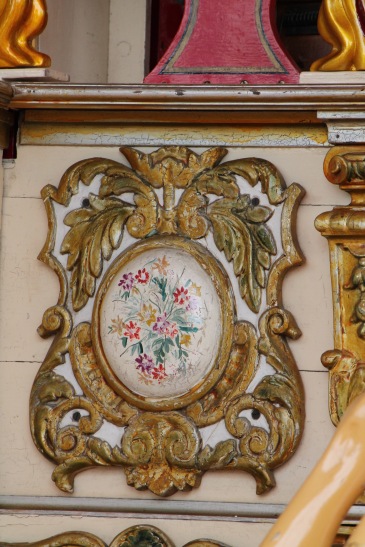 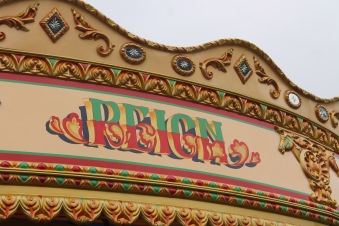 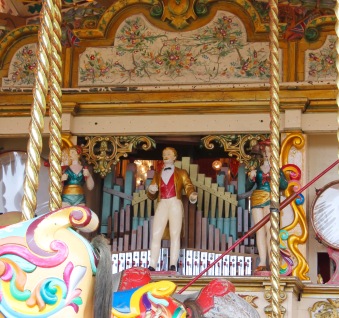 Then, of course, there is the museum’s centrepiece, the gallopers, built in King’s Lynn in 1897. It found a home at Bressingham in 1967, having been up as far as Scotland, and has been thrilling children and adults alike ever since.

There are several bits we didn’t get to visit, including the official Dad’s Army collection, which has been based there since 2000, but hopefully we will next time – as I’m sure we will be back.

There is a cafe in the museum plus a restaurant in the garden centre next-door but there are also plenty of benches and areas to enjoy a picnic. We also had a lovely ice-cream each as a treat on a surprisingly warm day.

It’s not a cheap day out but then it must be ridiculously expensive to restore, maintain and keep everything running (and I dread to think of the insurance). Plus, the fact that I’m still smiling about it means it was worth every penny.

There are a range of tickets available, including a no rides option. We went for a Steam Day ticket which included three goes on the gallopers, unlimited train rides and entrance to the gardens too. 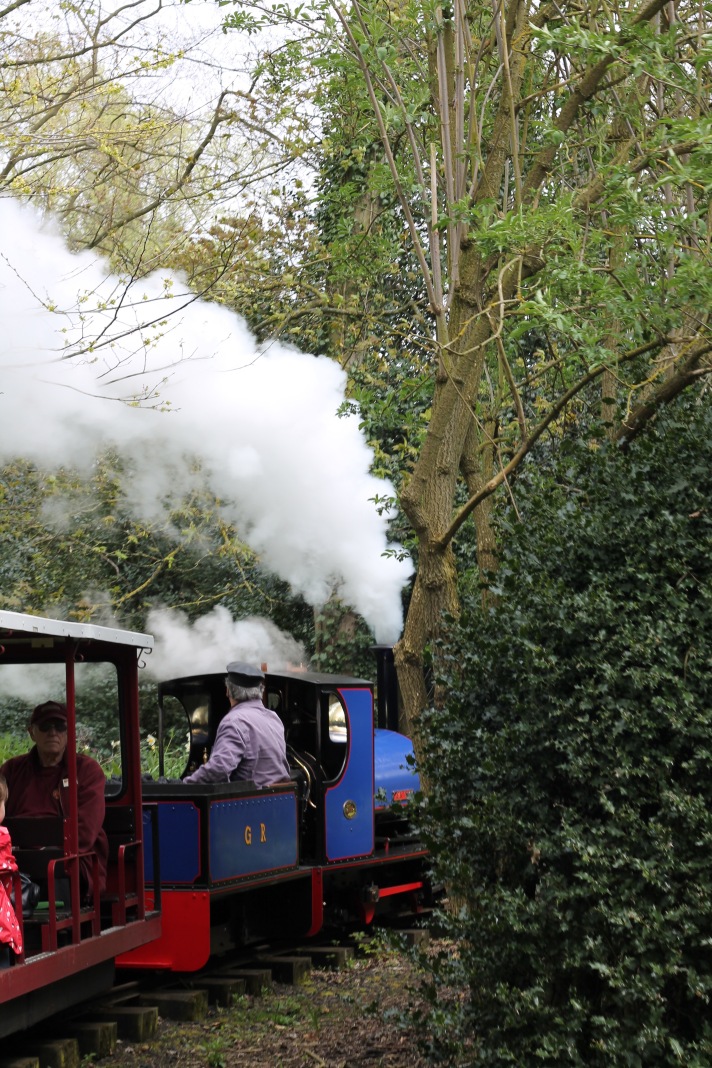 Please let me know if you visit, I’d love to hear what you think.

5 thoughts on “Things To Do In Norfolk: Bressingham Steam and Gardens.”