A distant clip clop of hooves carried on the wind reminded me of a story.

In 1499 Blickling Hall, near Aylsham, became the home of the ambitious and ruthless Sir Thomas Boleyn and his wife Elizabeth. It is said all three of his surviving children were likely born there before they left in 1505, including arguably the most famous (or infamous) Anne.

“A queen of England was born here,” I tell Freya, pointing down the long gravel path to the magnificent Jacobean hall, which was built on the ruins of the Boleyn home.

The site clearly meant something to the family as Anne and her father are said to have made it their eternal home – haunting the house and grounds.

On her execution date of May 19, a headless Anne is said to arrive via a four-strong (headless) horse-driven coach with a (headless) horseman (who may or may not be her father) at the reins.

Dressed in white and with her head in her arms she then  roams the rooms of the hall until morning (there is a great teaching resource about the hauntings here).

As I carry on telling Freya a potted version of bold and defiant Anne’s rise to become the most powerful woman in England, I realise I should probably skip the ending – especially the bit about headless ghosts, given her fear of the Care Bears.

Luckily there are plenty of other tales about this historic stately home with far less grissly endings to regale her with – although, on this visit, it’s the grounds of this now National Trust-owned estate that interest us.

Deciding we can either do inside or outside in one visit, we settle on exploring the gardens but, having misjudged how long it takes from Norwich (actually about 20 minutes), we arrive 30 minutes before the gardens open at 10am.

With time to kill and after a tip from the friendly ticket sales lady, we (ok, I) decide to first walk up to the Mausoleum, another fun one to explain to Freya, to explore the woods and the see wonderful bluebells.

While you need to pay if you visit the hall and gardens (and for parking), entering the park is free.

To save paper you can view a map of this walk on your phone (it also contains helpful written directions which I now know, having walked a little bit further than we meant to, would have been useful).

It should have been a 1.8mile buggy-friendly walk but our little (actually very pretty and welcome but rather bumpy) detour added a bit more on.

The Mausoleum, built in 1793 as a tomb for the 2nd Earl of Buckinghamshire and his two wives, is interesting firstly because you don’t see many pyramids in Norfolk but also because inside it’s a dome.

What I noticed most though was just how peaceful it was up there, even with other families and dog walkers about.

Freya had a great time tracking the wonderful tactile markers dotted along the route, which display information about the flora and fauna.

There is also a geocache trail for anyone (Clare) clever and adventurous enough to find them.

By the time we got back it was lunch time, which is about 11.30 in the Toddler World. I had brought a picnic with us but we had to wait a little while for a rain shower to pass before we could head out into the gardens and find a place to eat it. 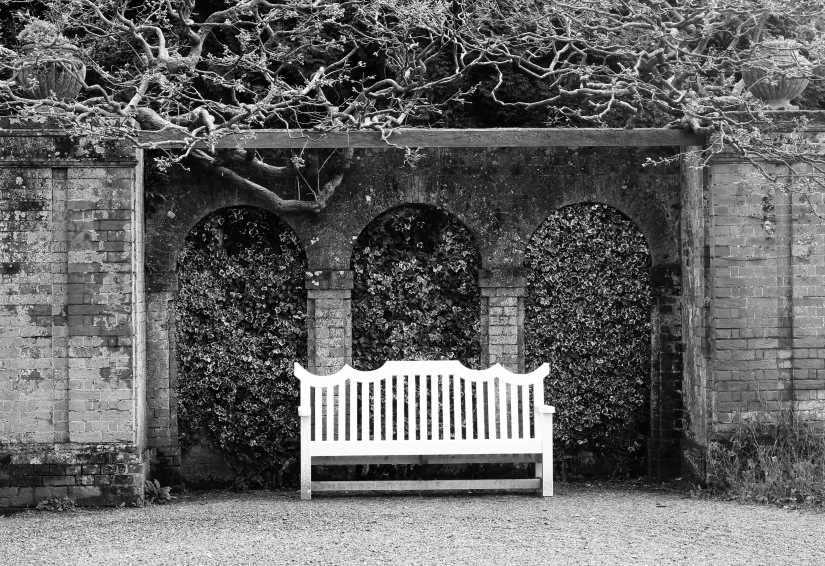 While there was no doubt a garden when the Boleyn family lived there, when the house was acquired by Sir Henry Hobart in 1616 it was remodelled – including adding an artificial hill to the flat landscape to give a better views.

Down the years, as it came under different ownership and with the fads of each period, the garden was altered and extended.

There is now a Victorian sunken garden remodelled in the 1930s, a temple, orangery and secret garden as well as the lake (where we had a lovely picnic in the summer sunshine while I was pregnant with Freya).

Whenever people come to visit us in Norfolk I always take them to Blickling and I think I enjoy it as much as they do – even though I have been several times before there always seems to be something new to discover.

And, given how much Freya enjoyed the outside (she’s still talking about it days later), I can’t wait to show her the house.

Prices (at the time of our visit in April) including GiftAid.

8 thoughts on “Things To Do In Norfolk: Blickling Hall – Part I – Outside.”