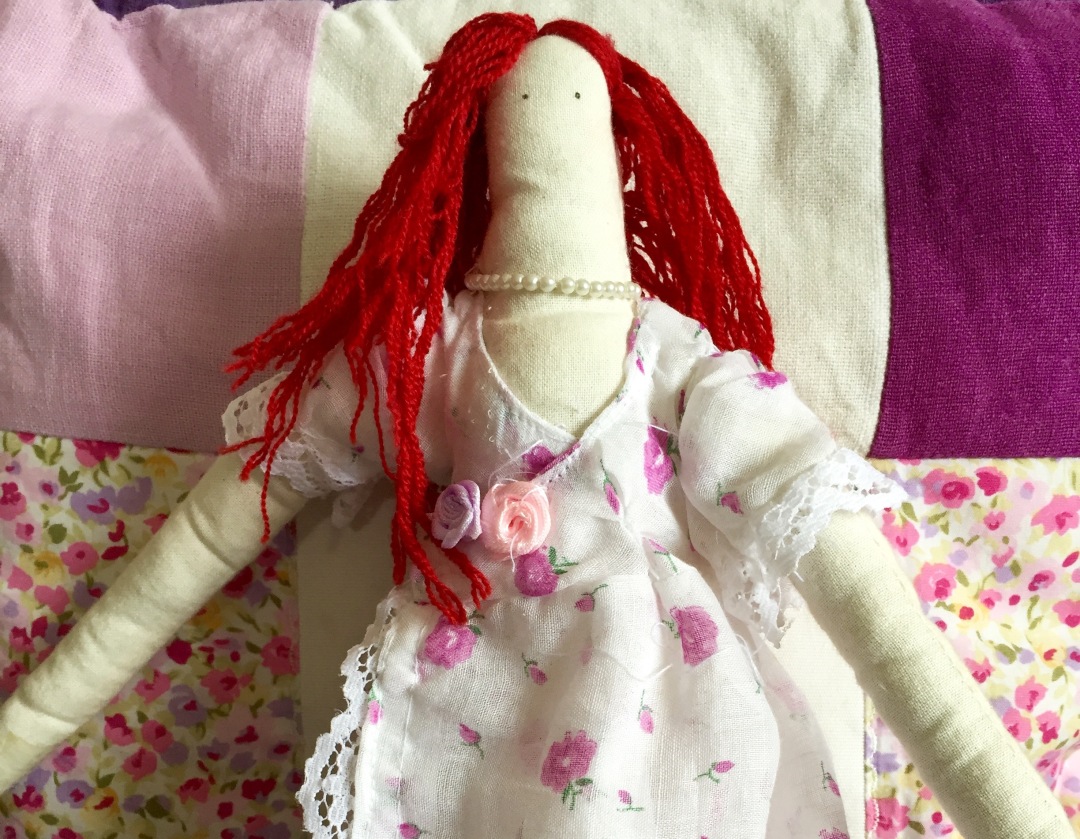 The story of a doll. 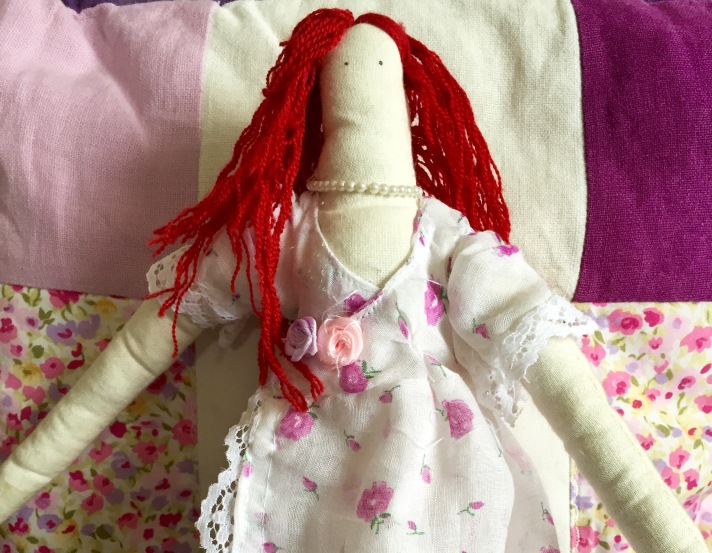 Give my mum an old curtain, some ribbon and a sewing machine and she will knock out a tablecloth, a set of doll’s clothes and a pretty cushion cover – all in the space of about five minutes.

My nan, who sadly died before I was born, was a tailoress and not only taught my mum but also made her cool outfits as well as things for my brother when he was tiny.

Then there is me. The third generation.

I’d rather write (or read, paint, take photos or even cook) than sew, which I fear has been  a minor disappointment for my mum. She had been waiting for so long to pass on her skills but, after more than 30 years, I think she’d given up hope of that ever happening. So, when in the latter months of 2012 I found myself overwhelmed by the need to make something, it surprised us both.

In February that year I had lost my second pregnancy. Several rather traumatic months on, we made the decision to start trying again. Unlike the first two times I failed to concieve quickly.

Month after month started with such hope and then ended in absolute despair.

With an ever-growing number of negative pregnancy tests, the frustration and anguish bubbled up into a real need to do something – and, for some reason, I knew it was sewing.

I’m sure all sorts of things could be read into it (and my mental state at the time) but I wanted to make something real that I could touch and see, that couldn’t be taken away. Also something that represented hope when hope was fading.

I decided to make a (rather haphazard) version of a Tilda Angel doll with the idea that one day I could pass it on to my own little girl or boy.

The doll wasn’t perfect, by any means, but she was as good as I could make her.

And, despite buying an array of books with a view to making all sorts of pretty things, once she was finished the need to make anything else disappeared as quickly as a summer storm. I’m pretty sure that was relief I saw on my mum’s face.

When I finally had my own healthy baby in my arms and the chaos of motherhood took over, the doll was consigned to the box on top of the wardrobe and forgotten.

As it was raining I got the dressing up basket out but thought “why should Freya have all the fun?” so I went to fetch my wedding dress. As I was getting the box down the doll fell off the top and Freya immediately grabbed it, hugged it close and proclaimed she loved Pearl, as she named her.

The dream becoming a reality right before my eyes made me stop in my tracks. It felt like the final piece of a puzzle had slotted into place. I think I actually exclaimed: “Oh!”

How often does that happen in life? Rarely, I think, but I am so thankful to have experienced it.