Every so often, maybe even with a couple of years in between, an odd feeling would wash over me.

While I knew something was…off, I couldn’t immediately put my finger on the problem.

For days I felt unsettled. My concentration was disturbed. I was constantly looking over my shoulder waiting for something, anything, to happen.

Then, finally, I would realise…

I had itchy feet.

In the past, often within a week, a work trip would come up and before I knew it I was on a plane – if I was very very lucky to somewhere far flung – but these days, because Freya is not a great traveller (we’ve yet to go more than an hour from home), I need to get my travel kicks by other means.

And that’s where Levison Wood’s book, Walking the Himalayas, comes in – although unless you have “explorer” as part of your job title I think his adventure is beyond what most people would consider undertaking. 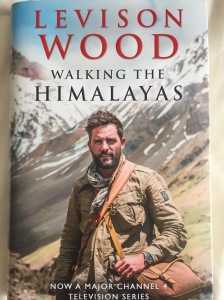 Levison Wood’s most challenging expedition yet begins along the Silk Road route of Afghanistan and travels through five countries. Following in the footsteps of the great explorers, Levison walks the entire length of the Himalayas in an adventure of survival and endurance.

A personal story of discovery, Levison forges strong bonds with local guides, porters, mountain men, soldiers, farmers, smugglers and shepherds. By travelling on foot, and following the same footpaths that locals use, he uncovers stories that might otherwise remain hidden. Along the way he also reveals the history of the Himalayas and two millennia of exploration, and examines a continent in crisis in the 21st century.

Packed with action and emotion, more than anything Walking the Himalayas is a story of personal adventure and striving beyond the limits of convention.

While I simply watched his first series, Walking the Nile, I decided to buy the book which accompanies his latest expedition. I’m glad I did as it certainly adds another layer that you can’t expect from hour-long programmes, as enjoyable as they were.

Much has been made of his new found status as a “sex symbol” and if that brings in viewers (I’m sure it must also be quite a nice ego boost) then I guess it’s great but, to me, it feels like it’s detracted somewhat from the epic nature of what he has actually achieved. The book helps redress the balance.

At the outset he explains that after the gruelling Nile expedition he thought he was done with travelling – and especially walking – for a while (and, after seeing his blisters, who could blame him). But while he might have needed talking into the Himalayas trip, once the spark was there it soon caught fire.

The book is packed with experiences, some not seen on TV, his impressions of the many people he met and the varied landscapes he travelled through.

However, while it felt like he knew how lucky he was to have the opportunity to visit so many amazing places and meet such interesting people, I think the book gives a more realistic impression of a journey often endured rather than enjoyed. And, when you think about what he is actually doing, it’s understandable. You get more of a sense of just how hard it was but while the lows were very low, the highs were, well, Everest high.

It is well written, as you’d expect from a journalist, and feels almost like being along for the ride rather than sat in your living room reading it while your toddler naps beside you. I couldn’t put it down.

Whether you’re missing your fix of Levison Wood now the series has finished or wanting to live vicariously through him, the book is well worth the £20.

Anyway, for now, I’m back to haunting the travel section of bookshops poring through Lonely Planet guides or sat at home gazing wistfully at my Tibetan prayer flags. 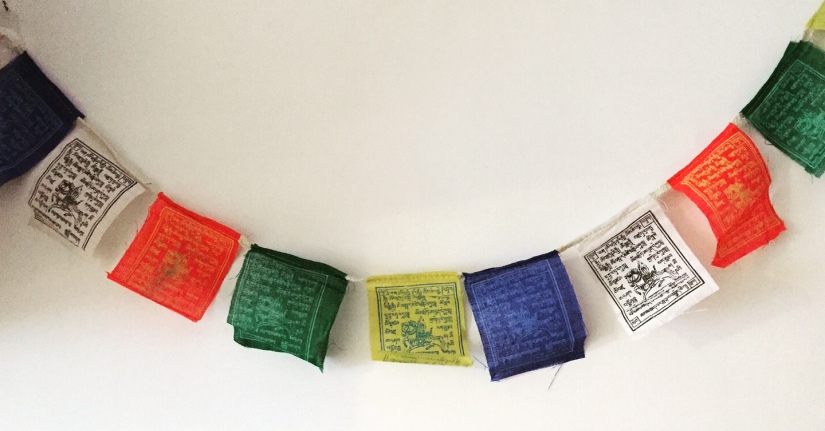 9 thoughts on “Book review: Walking the Himalayas by Levison Wood.”