Skip to content
May 25, 2015May 25, 2015 Tara Entertainment, Tales from an East Anglian childhood, The great outdoors 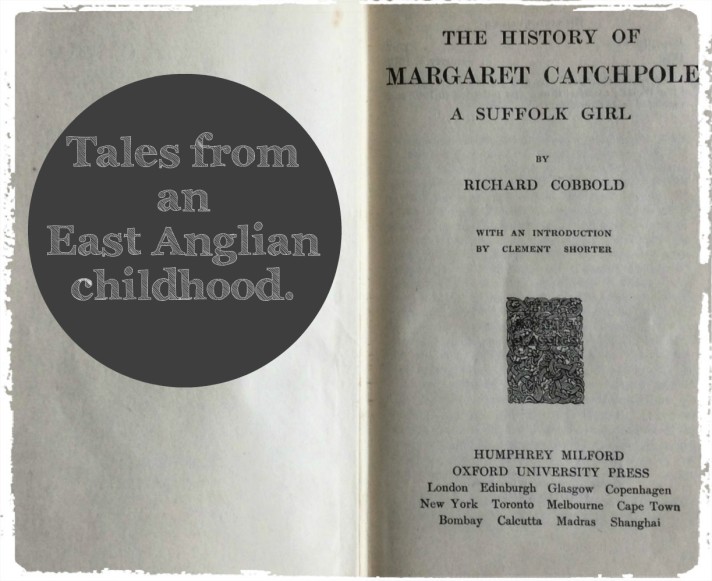 As young girl, who some might say was a tad headstrong, I loved stories of “willful” women, especially if there also happened to be horses involved – and the tale of Margaret Catchpole didn’t disappoint.

Born in a village just outside my hometown of Ipswich in 1762, she learned to ride as a young girl working the land with her family.

Margaret’s brave deed was apparently the talk of the town but it was a horse-related incident of a very different sort for which she became infamous.

In the dead of night she stole a steed, a beautiful strawberry roan, and rode for nearly 10 hours along a road fraught with danger to get to London. It was here she hoped to meet her lover, a local bad boy called William Laud, who was caught up in the underworld of smuggling rife along the Suffolk coast during that period.

She was arrested in the city and later sentenced to death but this was commuted to seven years imprisonment after her former employers, the prestigious Cobbold family who taught her to read and write and treated her almost as one of the family, intervened on her behalf. This was despite the horse she stole belonging to them.

While she is thought have spent a few years living an exemplary life in prison, Margaret’s adventurous spirit appears to have just been resting. In 1800 she is said to have disguised herself as a sailor, scaled a 22ft wall topped with spikes and escaped to meet up with Laud who was hoping they could travel to a new life in Holland.

She was apprehended on a beach with Laud, who was shot dead trying to escape, and again handed a death sentence but this was commuted to transportation for life.

It was this very month 214 years ago, that she left Ipswich bound for Australia where we know, thanks to the letters she was able to write home, she made a better life for herself – even receiving a pardon before her death in 1819 – although she never married.

She remains something of a local legend – and, indeed, the reason I first heard of her was because there is a pub named after her next to the park my grandad sometimes took me to. I would feed the ducks, eat ice-cream I wasn’t supposed to have and generally get the pretty dress my mum no doubt put me in as muddy as possible while he told me of her adventures.

As a teenager, I found a secondhand book entitled The History of Margaret Catchpole – A Suffolk Girl, pictured above, written by the Rev Richard Cobbold who was the son of Margaret’s former mistress.

While it paints a colourful picture of a feisty woman, much of her downfall is blamed on her love for Laud who is said to have led her astray. This never really sat right with me as she seemed very much her own person from a young age and in researching her for this story I found an article on the BBC website which seems to agree.

“He portrays her as a ‘victim of men’, as easy ‘prey’ and as led astray by her ‘blind passion’ for Laud – her ‘one great error’. Cobbold makes Margaret conform to his Victorian ideas about women as docile, modest, mother-figures, changing facts when necessary, for example he falsely says she worked in a female orphanage in Australia.”

“Portraying her in this way is unfair, depriving her of the resourcefulness and ingenuity which she obviously possessed in abundance.

“Cobbold tries to write his Victorian ideas about femininity back into 1800, but Margaret was not docile, and it was her ‘unfeminine’, escapades that made her so notorious in Suffolk.”

I find it really interesting how the Rev Cobbold coloured the story to fit his view of the world or the message he wanted to convey, which I suppose all writers do, to some degree. I edited my version to include the bits I like, after all, and left others out that didn’t fit with how I see her. It makes you think though. Well, it does me, anyway.

Further reading: There is a Wikipedia entry for her here and a story by Visit Suffolk here. Amazingly, you can read her letters here thanks to the State Library of New South Wales, which acquired them in 1922.

And, in case you missed it, you can read the first story in the Tales From An East Anglian Childhood here. I’m going to do a Norfolk one next time, as Freya was born here.

6 thoughts on “Tales From An East Anglian Childhood – Margaret Catchpole.”