C25K – The return (otherwise known as, OMG was it always this hard?). 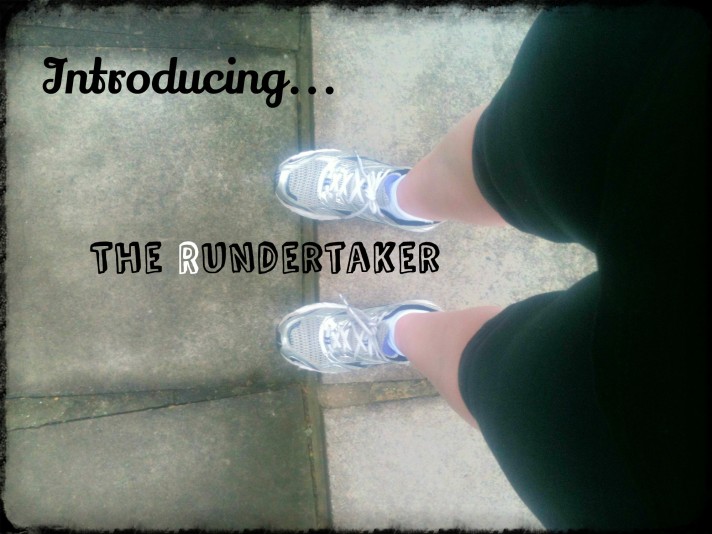 When I was younger, my dad and my brother used to enjoy nothing better on a Saturday morning than watching an hour of WWF wrestling – and, as we only had one TV in those days, I was also forced to watch it.

I say forced but actually I had my own bedroom (not to mention a back garden) so I could have gone somewhere else but firstly I liked to moan (loudly) about the fact that I wasn’t getting my own way (the horror) and secondly I secretly enjoyed it.

It wasn’t the violence I liked, because most of it seemed choreographed like a dance, but more the theatre of it all.

My favourite character was The Undertaker – I was a strange child – and his manager Paul Bearer (see what they did there) who carried an urn which he used to revive the Undertaker when it seemed like he was a goner.

Anyway, there is a point to this, honest.

It all came back to me on Saturday as I was out running. Yes, I’m back on the C25K after a period of absence – some enforced when my parents were poorly for three weeks and I didn’t have anyone to look after Freya and some down to pure laziness.

I was jogging along, trying to think of anything apart from how far I’ve regressed in those weeks away, when I passed some fellow early morning runners coming the other way who were all in brightly coloured outfits, which almost looked like costumes.

I began entertaining myself with the notion of runners as the WWF characters I knew from my childhood (I don’t know why, it was probably lack of oxygen).

Immediately, I knew who I would be. The Undertaker, of course. I always wear black from head to nearly feet (including long sleeved base layer with t-shirt over the top) and, as it’s usually early in the morning, I probably look like death with huge dark bags under my eyes from lack of sleep. I was in short trousers (or long shorts depending on how you look at it) and my legs are deathly pale as a result of being under cover all winter. Plus instead of an urn, if you saw me flagging and waved a chocolate bar in my direction I’d definitely find the energy to sprint towards you.

I was even considering getting The Rundertaker printed on the back of my t-shirt before I realised that it doesn’t make any sense – and that I should probably walk for a bit as I was clearly losing the plot.

So, this is a long-winded way of saying I went for a run (on both Saturday and Sunday morning) and it was very hard, although slightly easier the second day.

Hopefully now the weather is a bit better and I don’t have to rely on the gym (which I can’t get to on a Saturday and doesn’t open on a Sunday) I can keep it up.

Maybe I will even branch out into wearing a different costume, one day.