Five ways I’m becoming my mum and (sort of) proud of it…. 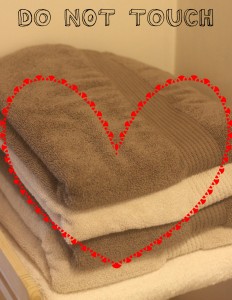 Here is a sentence that would have filled my 14-year-old heart with dread: “You sounded just like your mum then!”

As a petulant teenager, it is fair to say my mum and I did not always see eye to eye, like many mothers and daughters, I suspect. This resulted in much shouting and door slamming – and that was just her (I kid).

“Too much alike,” my dad would say, shaking his head – again, this was NOT well received.

Now though, when my husband uttered those words over something I said to Freya (“Once it’s gone, it’s gone” over a piece of Free From brownie she wanted before her tea), I didn’t feel offended, I felt pretty pleased with myself – I couldn’t have had a better role model than my mum.

She sometimes lacks confidence and she doesn’t give herself enough credit. She will say: “I don’t know how you two have done all that you have” about my brother and I in relation to all sorts of things – going to uni (me), moving to America (him), travelling (me), getting a brilliant job (him) – when it’s down to her support and encouragment. And to other people, when she is brazenly boasting about one of our perceived achievements, she will add: “I don’t know where they get their brains from.”

I don’t know about brains – and I certainly didn’t inherit anyone’s maths skills – but I know that she (and my dad) brought us up to believe in ourselves with a healthy dose of common sense added in for good measure. She was our harshest critic, often when we needed it the most, but also our fiercest supporter. We might not have had much money (although I didn’t realise this until I was well on my way to being an adult) but the solid foundation they gave us was priceless. And we both know how lucky we are.

However, having said all of that, there are “behaviours” that have always warranted a certain about of mirth from my brother and I. Little eccentricities, lets call them, that had (and sometimes still have) us rolling our eyes.

Recently, while I was pondering the fact that I am coming out with a few of her favourite phrases, a realisation struck – that is not the only way I am like my mum.

Here are a few examples.

1. Decorative towels. This used to infuriate us because you would go to wipe you hands and she would screech “NOT THAT ONE, it’s decorative”. The trouble was, you never really knew which one was the real towel. Now I have a set of towels that MUST NOT BE USED. EVER. These are not to be confused with guest towels, they are something else entirely. While these might look like useable towels they are NOT. They are for display purposes only. I think, when questioned about the towels, I might have even said: “Well, I don’t want them wearing out.”

2. A themed room. My mum loves things that match and, as a result, for many years I automatically balked at anything that could remotely be considered a set (PJs, clothes, underwear, decoration). Now I give you the Butterfly Hall (that sounds rather grand). Those two pictures have a special meaning for me so I wanted them up where I could see them but then butterflies seemed to become “a thing” and I found myself buying the lampshade and then covering up dents in the wall with the 3D stickers until, yes, I admit it, I have a themed room.

3. A collection. Over the years my mum has collected many things; postcards, blue glass and wooden ducks, to name just a few. This one really crept up on me. It seems I have a collection (and, as it is all in our bedroom, could it also be considered a themed room?) but I didn’t actually realise I was collecting (honest). While I don’t have any sort of religious faith, I like the concept of guardian angels (possibly from watching entirely too much Highway to Heaven when I was a child).  I started with a necklace and then, when I was in America, I bought a couple of Willow Tree Angels and it has spiralled from there until I have, it must be said, an angel collection.

4. Pre-loved. When I was little my mum used to drag me around all the local jumble sales on a Saturday and make me carry black bags of (itchy) things home again. I was desperately worried that someone from school would see me and used to try and sink into my coat so my head disappeared. These days, a charity shop would be my first stop if I need anything.

5. Motherhood. “My children are my life” could have been written for my mum. She has always put us first and I would like to think that I am the same with Freya. If I am half the mum that she is then I don’t think I will be going far wrong (although I am stopping my collection right now and might even start using the display towels*!).

My mum and dad have taken it in turns to be poorly in the last three weeks and, aside from the fact that it means I haven’t had childcare and working was difficult, I genuinely just missed them. They love Freya (possibly more than me) and I feel so thankful that they get to be influences in her life – even if, very occasionally, I still want to slam doors over something she has said!

Please tell me you have decorative towels or at least a collection?