The NHS – going round in circles… 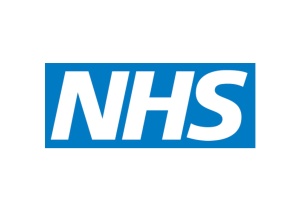 Having travelled to many far flung places where healthcare is either non-existent or too expensive for most people to afford, I have always been a staunch defender of the National Health Service (NHS) – or at least the principles it was founded on.

Launched in 1948 so that good healthcare would be available to all, regardless of wealth, its ideals were:

It was supposed to make England the “envy of the world” and, actually, I think most people in this country are still proud of what the NHS represents – at least on the surface. However,  66 years on, I wonder if nostalgia is being used as an excuse for a system (NOTE: not the people who work within it) which is broken?

Since we started on the road to having children we have been up close and personal with the NHS many more times than I would have liked. How often I thought: “We are so lucky to have access to this sort of healthcare” particularly when it came to things such as our first baby being diagnosed with anencephaly. Had we been in rural Kenya, for example, I dread to think what the outcome would have been. I wonder, though, whether being incredibly grateful made us gloss over some of the things that were not so wonderful – some that were actually harmful, at least mentally – and it is something I have been thinking about more since having Freya and attempting to get someone to help her.

Now, compared to many, Freya’s problems are minimal – or at least we hope they are. Our current situation is that after 15 months her consultant said she should be referred to a gastro specialist. To do that I needed to take her to the doctor who would write the referral.

I booked an appointment online for a week later and the very nice doctor agreed within minutes. A week or so after that we received a click and book letter in the post so I immediately logged on to book an appointment.

I phoned the number suggested and a very polite and friendly lady confirmed there were indeed no appointments. She said that I might get letters reminding me I needed to click and book but they couldn’t do anything about them and to ignore them as the hospital would now contact me directly to arrange an appointment. If I hadn’t heard by December 12 I would need to go back to the doctor.

Guess what? It’s December 13 and the only thing I have had is a letter from click and book confirming they didn’t have any appointments. So not only are we right back where we started but Freya has been in pain for another month.

Don’t get me wrong, I am grateful for the fact that eventually she will be seen by a specialist who can hopefully help sort out why she has spent so much of every night of her little life moaning and writhing in pain but so far it’s taken six people to get…no where. What’s more I now have to get the doctor to redo something they have already done – like they don’t have enough to do already.

On a scale of one to 10, one being the lowest, our issue probably rates as a one but we know, from the news, that 10s, which result in loss of life, also happen and there are many sixes and sevens that happen every day. I have several other personal examples of perhaps ones and twos. If any other company was run in such a way they would probably lose all of their customers but because it’s the NHS I might sigh with frustration but come Monday morning I will be ringing the doctor to start the process again.

To me, on the outside, it seems like the system is no longer about people but numbers – hospital numbers, waiting lists, target times – and as a result those who work within that system are no longer able to do what they signed up for, which is care for patients.

I know that the system is under more strain than it ever has been before but I have to wonder whether part of the problem is the system itself – or at least one where half a dozen people are needed to make one appointment – and that’s only so far, who knows how many more it will take.

I don’t have the answers.

All I know is that I have to watch my daughter in pain every night, unable to help or comfort her or even get her an appointment for someone who can.

Update 1: I phoned the gp surgery and the receptionist said the doctor needed to call me back, spoke to the lovely doctor who said she had no idea what click and book wanted her to do. She asked me to phone them back and find out and then let her know. She said if it needed another letter she would write one but that it shouldn’t be needed.

Update 2: Finally got through to click and book and the man said that I just need to wait and hope the hospital get in contact. I wonder how old she will be by then?

4 thoughts on “The NHS – going round in circles…”